I'll have to admit that I have felt a little proud of the fact that menopause has not turned me into a monster.
Yes, I gained weight, but over the past few months I've managed to lose 15 pounds so feel fairly healthy.
I have a hot flash every time I drink wine, so I rarely drink any more.
One bullet I thought I had dodged were the mood swings. Since I run four days a week, lift weights three days a week and walk with friends on other days, I credited exercise with helping me avoid screeching at my family and friends.
Yesterday, I ran five miles. Then I walked five miles with my friend Sheila. Then I walked two more miles with my husband as we went to vote and then get coffee. By 11 a.m., I'd gone 12 miles.
In spite of all the exercise, in the past few days though, my moods have taken a turn. 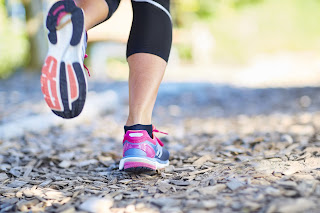 I chewed out a class on Monday when students were looking at their phones rather than listening to my lecture. I warned the next class ahead of time that pulling out their phones would result in ejection from class. They looked at me with fear!
Yesterday, a friend texted to remind me that another friend had a birthday. I felt irritated. I complained to Grace that the friend who texted me has a girl crush on our birthday friend. She follows her outside when she smokes. She switches tables to sit with her.
Was I jealous? Grace asked. Feeling left out?
I don't want that attention myself, but the keenness she lavishes bugs me. I think I'd rather avoid both of them. I might not go to the coffee house for writing group today so I can skip the celebration.
With all of these annoyances building up, you'd think I would have recognized the moodiness, but I still remained blissfully unaware, until a recent email.
Earlier this semester, a student sent a complaint about me. The lead teacher forwarded the email and I responded. The student had come into class late so I didn't let him take the quiz. He became angry and left the room, hitting his backpack against the wall. He said it wasn't anger, but an accident. This student complained about my "caustic rules" and the fact that I didn't let him take the quiz. 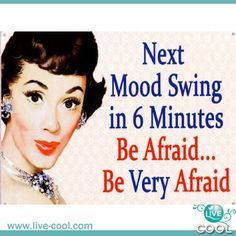 After explaining the situation to the lead teacher, I didn't hear back from her for a few weeks. Yesterday, she said the student just "wanted to be heard."
I should have left it at that, but I responded. I said that the English department had always had my back with rules about not accepting late work and I wanted to know what she had said to the student. She replied again that she just listened to the student.
Immediately, I wanted to protest. Did she commiserate with the student about mean old teachers and their stupid rules? She must have said something.
I considered responding. Talking to the chair of the department.
That's when I realized that moodiness had overtaken me.
I'd been juicing today, which meant no coffee, but lemon and ginger water for breakfast. Then I made a beet, sweet potato, apple and grape juice that I drank during my morning classes. By 10 a.m., I knew that I would need to get some coffee.
I stopped by the  book store between classes and ordered a white mocha -- with caffeine. I've been un-addicted to caffeine for years now, since I had surgery on my broken nose.
But caffeine might be a necessary step to avoid snapping at people.
And I might see my weight creep back up as I try to stay calm.
Any advice? Is caffeine and sugar my only hope?
at November 04, 2015

Maybe the sugar in the juicing gave you quick energy and then that big drop in energy it is noted for. I don't drink juice because of the quick sugar "rush" and I eat fruit instead. I hope you find the answer to your moodiness and that your week turns out to be joyful.

I don't have any real advice. I went through menopause more than 20 years ago and my doctor put me on estrogen. I don't recommend that route, but there have been changes in the medical options. So maybe check with your doctor and maybe just the awareness will be enough to help you over the hump! Smile and know that this too shall pass!

I am in agreement with Terra...also I know exercise is good for you but doing all this might might not be the way. I think you are being too hard on yourself. Have a coffee ..Why shouldn't you say somethng to students about phones ..you are the teacher. !!! Not much help sorry, but you have to have the right diet with all this exercise you are doing. Not sure how much you weigh but I would rather have some few more pounds on me if it helped the mood swings. Hope things improve.

About the girl crush .. I have been there . Thought I was losing my friend.If you enjoy the writing group , please go. Don't let this stop your enjoyment. Hugs.

Terra, Judy and Anne, Thanks for your support and suggestions. Many women have survived this years and I'm sure I will too.