We've enjoyed a brief autumn-like spell here. Since I love the fall I'm thrilled.
The other morning, I let the cats outside, and I noticed the older one, the hunter, was lying on the grass with his paws beneath him. I thought he might have captured something, a bunny, a squirrel, a bird, so I walked out to see if I could save a creature from him. He didn't have an animal, but was just cold.
As I stood there in the grass beside him, I heard a honking noise. The younger cat and I both looked up at the sky. The younger cat definitely feared whatever made that noise. But after a few more sounds, I saw seven geese flying in formation and heading south. 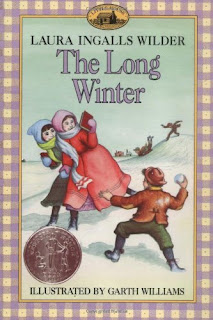 Since it is still August, that made me worry a bit. It definitely gave me flashbacks to The Long Winter by Laura Ingalls Wilder:


"Not a goose nor a duck on the lake. None in the slough. Not one in sight. They are flying high above the clouds, flying fast,” Pa tells the family after coming back from what should have been a productive hunting trip in the fall. “Every kind of bird is going south as fast and as high as it can fly…And no other kind of game is out. Every living thing that runs or swims is hidden away somewhere. I never saw country so empty and still.”


But that chilly morning, the temperature was 55 degrees, gave me the opportunity to put on a new sweater that I'd ordered sometime since the spring. I had to walk to the post office to mail some books, so I put the loose knit sweater over a camisole, and enjoyed the warmth, until I got home and was too warm. 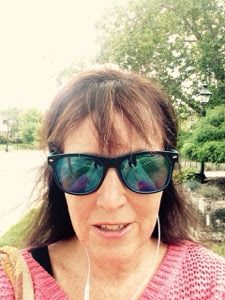 Then I put it away until autumn really and truly comes.

As much as I love autumn, I love summer more and I am not ready to give it up. The other day while I was watching our hummingbirds, I got choked up thinking about them leaving for the winter : (

Oh my I love having four seasons. And now I think I even like the transitioning between seasons. But nothing is like the first day I need to wear long sleeves to be comfy.

Hey, my friends! So lovely to see you on my blog. I would love for all of us to gather for a cup of coffee in the chill morning. Or maybe for a run.