Dreaming of France -- The Hundred Foot Journey (The Movie) 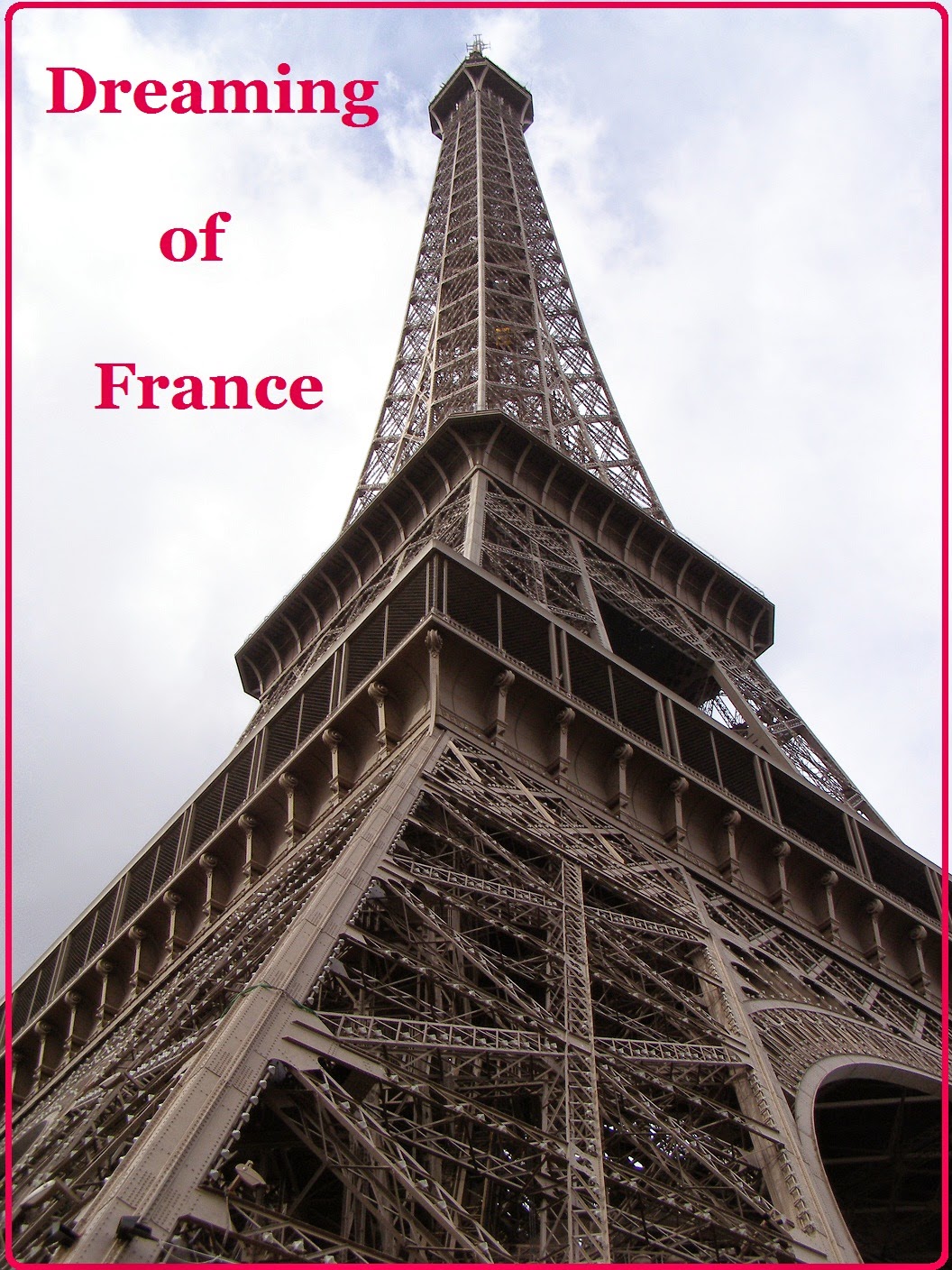 Please join this weekly meme. Grab a copy of the photo above and link back to An Accidental Blog. Share with the rest of us your passion for France. Did you read a good book set in France? See a movie? Take a photo in France? Have an adventure? Eat a fabulous meal or even just a pastry? Or if you're in France now, go ahead and lord it over the rest of us. We can take it
We went with some friends to see The Hundred Foot Journey on Saturday evening. This is opening weekend here in the U.S., so that was pretty early for me to venture out to the theater.
I'm going to admit that I never got through the book, but I was seduced by the trailers and by the fact that the movie showed beautiful French countryside and was filmed in the village where Sally, my blogging friend, lives. 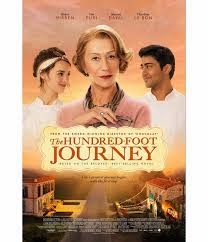 My overall reaction -- I loved it. I'd go again  just to sit there and soak in the sights, imagine the smells, the sound of French rushing past my ears. The movie had no subtitles, but much of it was in English. English was a common language between the Indian family and the villagers.
Often, the words were spoken in French then someone repeated them in English or part of what they said was translated so it became obvious as to the meaning.
The movie rushes through the beginning part that is set in India, showing the love of the family for each other as they create food in their own restaurant, before the political difficulties that led to them being driven from their restaurant and their mother dying. Sad, they plan to search Europe for a place to start a new restaurant. Their brakes fail in Southwestern France, and that's where they set up, just across the street from a Michelin-star restaurant run by Helen Mirren's character. A rivalry ensues.
Some of my favorite scenes showed the rivalry increasing as the Indian cooks prepared for their restaurant opening, cutting vegetables and meat to Indian music, which quickly segued into the classic French chefs chopping vegetables to classical music. 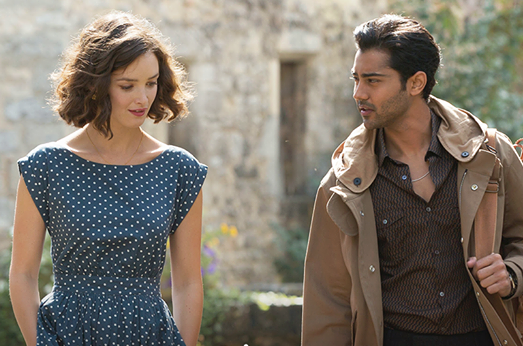 Hassan, the Indian chef, is handsome and charming, entranced by French cuisine and a young French chef, Marguerite. I thought Marguerite, played by Charlotte Le Bon,  was winsome and sincere, trying to help the Indian family, yet jealous of Hassan's success.
The scenes set in St. Antonin felt truly French, even though I know they included false store fronts. The long shots of the village nestled in a valley were breathtaking. I'm not sure if the faraway shots were of Sally's village or not, but I'm sure she'll let us know when she sees the movie. In France, the movie doesn't come out until September.
My husband had read the book, and he told me there was a lot more sex. The movie barely whispered of sex, A scene of Marguerite and Hassan with rumpled clothing, although romance bloomed throughout.
Any criticisms of the movie? As much as I love Helen Mirren in this role, maybe they should have chosen a French actress. Even Charlotte Le Bon is Canadian rather than French. I wonder if her French accent sounds Canadian to the French. And I wonder how Mirren's French and her accent sound to the French too.
This movie is probably too American for the French, but what can we say: We Americans love a happy ending, a lesson learned, a conflict resolved.

Thanks for playing along today with Dreaming of France. Please visit each other's blog so that you can have even more experiences in the country we love.

Your review certainly makes me want to see the movie. Can't wait to hear what your French followers think of it.

I definitely want to see it, the trailers look so good.

I met Mr. Morais a few years ago and he insisted on sending me a copy of the book. Had I known it was going to be a movie-I would have requested to be an extra. Ha Ha

I loved it too. For me Manish Dayal, the actor who plays Hassan was the real eye opener. I found a video interview with him where he sounds more like a frat bro than the sensitive chef we meet in the movie. That's acting, I suppose! Anyway, I thought it was a lovely, lovely film especially for those of us Dreaming of France and I can't wait to see what Sally thinks of it as well. Here's my take on The Hundred-Foot Journey http://goo.gl/mpwUV8

Wow I can't believe you all are getting to see it before...way before ....me. Glad you liked it. I loved reading your review!

I haven't seen the movie yet, but am looking forward to it of course. I too wonder about the main character whether she should have been a French actress, it will be interesting to see. It opens here this weekend, so hopefully I can see it next week.

I read the book and am looking forward to the movie. I've heard the food and cooking are fabulous. Speaking of food, have you seen Chef? I loved watching the cooking and the results. Cute movie.