Smell is supposed to be the sense that creates the strongest memories. I believe it because a smell can instantly transport me back to a moment. Sometimes it's important and sometimes it's trivial.
Sunday was a day when Grace and I left the house at 7 a.m. so I could get her to a friend's house in Rochester, New York, and she could return to school with that friend. According to Mapquest, the drive from our house to Rochester is 6 hours and 48 minutes.
I dropped Grace around 2 p.m. and she dripped tears onto my chocolate brown wool coat. We'll see her again in two and a half weeks when she has Christmas break. She feels sad every time she leaves. Her friend John loaded things into his car, ready for the three and half hour drive back to school from Rochester. His mother looked pale and as if she wanted to drip tears onto her son too. John's father showed me how they had arranged a strand of Christmas lights into upside down fish bowls along the driveway. 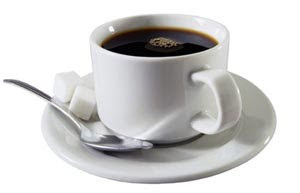 Then I began driving home, alone in the car. I made it through New York and stopped for gas in Pennsylvania for gas. I inched through a drive through and bought a cup of coffee. The digital clock in the car read 4:44 p.m. I had about four more hours of driving.
I didn't realize until I had rolled up the window and called Earl to tell him where I was that the smell of the coffee brought back a smell memory. Of course, the smell of coffee is very familiar. Why should it bring back this particular memory? But there, in the car, after traveling for 10 hours, that smell reminded me of waking up on an Air France flight as the flight attendants busily prepared "breakfast," ready to rouse the sleeping passengers and prepare them for the landing in Paris.
The flight from the U.S. to Europe usually begins with a dinner then all the window shades are closed, the lights are dimmed and everyone pretends they have a normal night's sleep. A few hours later, the flight attendants serve breakfast with hot coffee to help people adjust to the time change. When we arrive in Paris, it is morning.
In the car, listening to a story tape about a food critic, I sipped that coffee and thought of the hours of traveling I do before I land in Paris. Funny that memory came to me.
Do you have a smell memory that came to you this weekend? Thanksgiving is full of smell memories.
at November 29, 2010

Sometimes in the early morning if the weather conditions are just right I think I can smell bread baking at the now, bakery near Cols State Com College.

I don't know why I love it, really.

It just takes me back to a simpler time when Columbus seemed smaller and more communal and less overwhelming.

All memories I've attached ....doesn't mean any of them ever existed.. HA !

I love the bread baking smell downtown Columbus. I hate the donut smell though, it always makes me hungry for donuts that don't taste as good as they smell

Ooh, I LOVE the bread smell downtown! I love the donut smell too here in Hilliard, though I think they DO taste as good as they smell.

I had a smell memory at work today, but I couldn't place the memory.

I once had a smell memory of my Dad, who died 7 years ago. I felt as though his presence was with me when it happened. It was very comforting and it made me so happy.