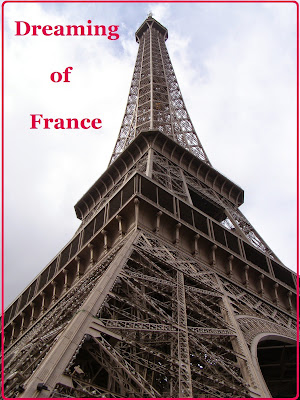 hank you for joining this weekly meme. Grab a copy of the photo above and link back to An Accidental Blog. Share with the rest of us your passion for France. Did you read a good book set in France? See a movie? Take a photo in France? Have an adventure? Eat a fabulous meal or even just a pastry? Or if you're in France now, go ahead and lord it over the rest of us. We can take it.

Last weekend, as my husband and I perused the map of new French regions, I pointed to the area we planned to move. It had been known as Languedoc-Roussillon. Now the area, combined with Mid-Pyrenees would be known as Occitanie. 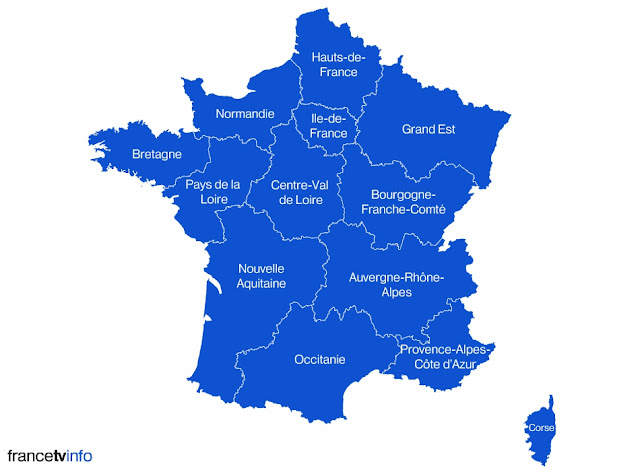 "How do you pronounce it?" my husband asked.
"I don't know," I replied. I'm okay at speaking French that I've heard, but I'm awful at reading words and figuring out how to pronounce them. I guessed that it would probably rhyme with Punxsutawney, like the groundhog in Pennsylvania. Occitanie = Ocksutawney.
I decided I'd better check it out. So I searched, on my phone for how to pronounce Occitanie in French.
The website Forvo.com popped up. It's an app, so I can download it on my phone for $2.99, and after hearing how to pronounce Occitanie, I'd better. It's pronounced Ock-sit-uh-knee with the emphasis on sit.
Here, don't try to imagine how to say it, go to Forov and choose a female or male voice to pronounce it for you. Forvo pronounciation of Occitanie.

We looked up some other words, and my husband asked to see how to pronounce his name in French.
Now we've been to France many times, and he has heard our French friends massacre his name. There just isn't an easy way to say Earl in French.
When I searched on Forvo, it changed the language to English rather than French, and even some American.
I went back to searching for the pronunciation of areas within the region where we plan to move. One of those is Herault.
I typed it into Forvo.com and the pronuncation sounded a lot like Earl, maybe a bit more like Errol. "That's how I'll spell my name from now on so people can pronounce it," he said.
Here's Forvo's take on Herault.
Guess I'd better get busy practicing my French skills.
I have a student from Senegal, where they speak French, and I asked him how he would say "Earl." He laughed and agreed that it would be a very hard name for the French. But I don't feel too bad, because last week when we were reading a story in class, he read latté as lat.
I said, "Wait! That's a French word."
He went back and read it with French pronunciation and agreed, "Latté is a French word."
Are you good at reading French words and pronouncing them? How do you get better?
at October 09, 2016

Practice makes parfait! I've got the French trailer for The Girl on the Train. Tres sexy!

I think you need to come up with a good nickname for Earl. The French love nicknames like Momo, Loulou, Lolo, Jojo, etc. It usually is the first syllable, repeated twice (Momo for Maurice, Loulou for Louis, Lolo for Laurent or Laurie, Jojo for Georges or Joseph....). Kind of the way McDonald's is abbreviated to MacDo. Although the nickname doesn't need to be related to his real name. It's a new life! He can be creative!
When my husband first met my family, they were stumped by his name. My dad called him Surge. My brothers opted for Sergei, Russian-style. One niece called him "John," then "Buddy"--as in, "hey, Buddy!"
Re pronunciation, I did a post for Oui in France a couple of weeks ago, talking about regional accents. And I suggested a book that I'd used in a French class: Exercises in French Phonics, by Francis W. Nachtmann.
But you'll learn fastest when you're on the ground!

I wonder how quickly the French will refer to the new regions. We are now officially in the Nouvelle Aquitaine, but I know of no one who calls it that, to everyone we all still live in the region of Poitou Charentes!

They seem to be changing a lot of the areas at the moment, thankfully they have left ours alone, just remember that the emphasis is usually at the end of a word

Thanks to everyone for playing along or commenting. I really appreciate hearing from you. I've just finished working a double shift teaching and I'm still fighting a cold, so I plan to visit all of your blogs tomorrow.

Bonjour Paulita. Je vais tenter de vous aider à prononcer OCCITANIE et HERAULT.// I' m trying to help you to pronounce OCCITANIE, one of the 13 news regions, and HERAULT (or Hérault with accent aigü on the letter "E" ), part of OCCITANIE and one of the 101 departements/counties: OCCITANIE = OXY ( like word "OXYgene")+ T'+ ANNIE ( like first name "ANNIE". Then says "OXY-T'-ANNIE" !// HERAULT = ER ( like first name "ERic" )+ RO ( like word "heRO").Then says "ER-RO" ( letters "H, L, T are silents). A bientôt/See you soon.

"Latte" is originally Italian, not French. Of course, the French refer to a café latté, as we do. But just because they call a pizza a pizza, that's not a French word either. :-)