My Hiatus With Grace 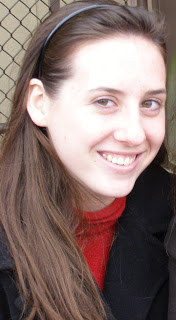 I haven't updated everyone on my daughter Grace. If you read my blog, you know that I'm crazy about my daughter. She just turned 21 and she's a junior in college. Last year she traveled to France for three months and made huge leaps in language and independence.
Grace started college in the fall of 2010 at St. Lawrence University, up by the St. Lawrence seaway in New York -- 10 hours from home. Some parts of St. Lawrence she loved; some parts were rough. Last fall, as she struggled, not with classes, but with little sleep, not eating correctly, sorority rush, and sorority house living, it became clear that she was not thriving in this environment.
She would call me in tears more days than not.
We began to struggle with the idea of having her transfer to a college closer to home, and when she came home for Christmas break, she stayed. 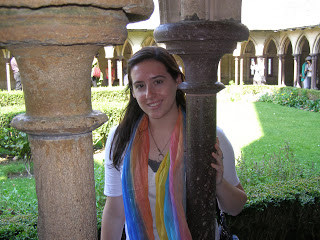 She's taking classes now at the college where I teach and planning where she'll finish college, someplace within an hour of home. She just finished acting in a community theater musical and she did the makeup for the college performance. She has a job at a French restaurant and still goes salsa dancing on Friday nights. She's dating a guy she met at salsa, and flirting with a guy from acting class. Other than her own place and her own car, she's living a pretty typical college life.
And I just want to say, even though this hiatus can't last forever, I'm loving it.
We've watched The Bachelor together and now we've started watching The Amazing Race. She comes to campus with me and hangs out between classes. We go to youtube and laugh at the songs which incorporate the screaming goats that sound like humans.
She rolls her eyes with me when my teenage son is surly or rude.
She's the one I want to tell first when something exciting happens with my book or the one I turn to when I want to complain about work. 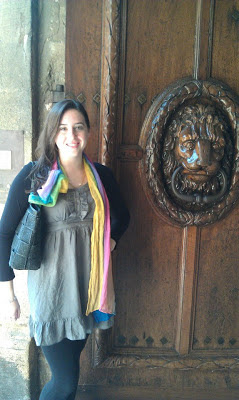 I know Grace will go on to have her own, separate, exciting life, but I'm so glad for this brief reprieve that I get to share with her.
at March 07, 2013

What a wonderful gift, to have this time with your daughter that you weren't anticipating!

How nice to have an update on your lovely daughter, Grace. You are both very lucky to have such a great relationship & to have this opportunity to share with each other.

How nice for both of you. It must have been very difficult with her 11 hours away and unhappy...hard on all of you. Wish Grace the best.

That's really nice. I've said before what a nice girl she is. I'm glad I got to meet her.

Bravo for your relationship. What more could a parent ask for. Grace is wonderful and she is very lucky to have you as a mother. I admit I'm biased on both counts. There are so many more paths to adult hood than the straight and narrow. I love that she is making her own way and you are supporting her brave choices.

I just found your blog, when I saw your comment on Diane's blog about being from Ohio. I live in northeast Ohio and had to stop and visit a fellow Ohio Blogger. I went to Ohio State and used to live in Columbus. I have not been blogging as much this past year so have lost touch in the blogging world. It sounds like you have a wonderful relationship with your daughter, enjoy these times together! My teenaged son just showed me the goat videos on youtube yesterday! I wasn't sure if they were real or not, we had a laugh together.

What a wonderful time for you two to have together! It sounds like she was pretty wise to be able to make that decision to go to school closer to home.

Go buy now on iTunes and other fine online retailers for only $ .99 cents!!

Check out the music video now on youtube!!
http://www.youtube.com/watch?v=X06H7IVEbAY