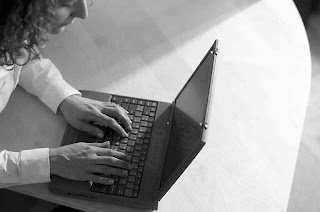 I had this epiphany last week and it's been rumbling around in my brain. I've told it to a few friends and they usually laugh at me, but, here it is:
In order to be a writer, I need to actually write.
Seems obvious doesn't it, but I seem to spend very little time writing,either working on my current novel or revising the previous one or sending letters to agents. Am I finished? I've written two novels. Neither have been published yet. So is that it for me?
I have started spending more time talking about writing. I meet with my friend Lilli every two weeks. We were looking at my new novel, but it's hard to pick apart something that isn't fully formed yet, like pulling out the stitches on knitting and starting over again and again. Last night I gave her the prologue and first chapter of Trail Mix. She's great at seeing big themes and said some nice things about the questions women have after raising their families, like "was it worth it?" and "was it enough?"
Maybe we're the first generation of women to think about it because we were the first to have the choice -- stay home with the kids or full-time career. Some of us tried to compromise and do both.
Another writing group at the community college had promise. My former critique partner, Marcus, and I scraped together four people. I wasn't at the first meeting on Thursday but Marcus emailed that the group has been officially disbanded after one meeting. He and I will probably continue to meet and make each other miserable with our incredibly picky details, but I think we make each other's stories better.
I told my husband yesterday that I have to start writing. That may mean I leave the house with my handy laptop, something I haven't really done since the kids started school nearly two years ago. But now that my husband is home all day and always eager to go for a walk or have some coffee or go out for lunch, I seem to be accomplishing much less -- both with grading papers and writing.
This morning, 500 words before the kids wake up, I drop them at school and I rush to campus.
So, from now on, more writing, less lolling around.
I mean it this time.
at May 06, 2009

No one will be happier than me (or is it I) that you will be doing more writing. I'm so enjoying the high pace of your blog. You keep me smiling.

I suspect real bloggers would think this isn't a "high pace" but I'm glad I've set the bar low. Thanks for reading and your smile!

your writing always makes my day. So I am thrilled with your plan to start writing more. Anything that makes you happy makes me happy.