When my kids were swimming competitively, there was a tshirt that read: "If I have but one day to live, please take me to a swim meet because they last forever."
That has kind of become my motto this summer. If I were facing the end of my life, these days in the Berkshires stretch interminably in front of me.
How many are left? 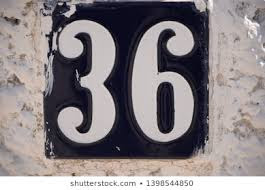 But who's counting?
What did I think it would be like spending the summer in the Berkshires? Well, I knew it would be cool (as in the weather), and it has been.
I guess I pictured the Berkshires like the Catskills or the Poconos. The kind of places you see on television from Dirty Dancing or The Marvelous Mrs. Maisel.
Perhaps there'd be dinners out and boating and games.
I didn't plan for no cell service and the closest neighbors being not close at all.
Don't get me wrong. I know some people would adore being isolated in the woods, maybe people with high-stress jobs who just want to get back to nature.
And it is beautiful here in places, not unlike where my parents grew up in Kentucky.
We have had some ventures into towns. I would say nearby, but truthfully, the closest towns are 45 minutes to an hour drive.

Last week we drove to Northampton, having no preconceived notions about it. Why did we go there? To work in a Starbucks. (I know, Theresa, but we all make compromises sometimes) My writing has stalled and I hoped that by returning to a coffee shop, I might jump start it.
Instead, a man sat down at the communal table with me and Earl and began telling us his life story.
Still, Northampton is an interesting town. The most liberal town in Massachusetts, where Smith College is located.
Luckily, I wore an Indian designed top so felt right at home amidst the tie-dyed shirts and bright colors.
There were lots of people asking for money on the street and several musicians busking, even on a weekday afternoon.

Best of all, there was a candy shop called Sweeties. I took a picture and sent it to my friend Derrick. Sweeties is what the Brits call candy and I'm trying to make his niece and nephew learn American English so they have to ask me for candy instead of Sweeties.
We also found a book shop, so the trip was definitely worth it.

On Sunday, we traveled two hours to Saratoga Springs, New York. Earl has a friend there that he went to Ohio State with in the journalism department. I had never met Barb and her husband Jim, but now I regret all those years we didn't know each other. We had a delightful time.

We went to the racetrack and spent about $20 betting on horses. Earl won $10 and my horses sometimes were limping so I was very bad at choosing.

Afterward we walked downtown. It's a very civilized town and even had an Aveda shop, which I've been searching for. I bought some new moisturizer and felt like I might be able to survive the remaining days in the Berkshires.
So, it's a lot of driving to get to anywhere, and most days, we don't leave our big, but cluttered house with the old dog and two mischievous cats. I've been walking every morning after I teach. I've managed to run down hill some, but I'm still having pain in my ribs from my fall so can't push it uphill because of that thing.. oh, yeah, breathing. It hurts to breath too deeply.
We plan to go tubing, maybe Friday or Saturday. Apparently, there's a reservoir that lets water into the river on Wednesday, so the river is not high enough for tubing early in the week. Some things are still a mystery to me here.
There's also kayaking for another day. And we even spotted a zipline.
We're spacing out our fun activities so we always have something to look forward to.

Check out the Montague Book Mill. Not far from Northampton. It's a wonderful used book store that is well managed, fun and comfy. You can google marmelade gypsy Montague book mill for my two posts on it. I'm not sure where you are in the Berkies. I must have missed a post or two. (At first I thought you meant England's Berkshires, thinking Europe!) If you're doing other road trips, the Shaker place in Hancock (Pittsfield) is wonderful and if you like museums, lots in the area. I liked the Rockwell in Stockbridge but there is MOCA in North Adams and others. Decent theatre in the region too. The no cell might not bother me unless I was sick but still, nice to have to to check things out.

You are too funny . I was just thinking of asking you, how many days left.

The Berkshires and Western MA have long been my stomping grounds. I'm happy to read that you had a chance to explore and discover our uniqueness. I second a trip to the Montague Book Mill - such a fun place!

Jeanie, Thanks for the tip and the response. Yes, imagine that we had already found the Montague Book Mill. We have found a couple of delightful book stores here already. It take 45 minutes to an hour to get anywhere, but we're adjusting.
Just Me, Thank you. I'm trying to be sardonic but sometimes people take my meaning as straightforward (that's Earl). It's all fine and maybe I'm a bit dramatic.
Diane, So good to hear from you and to see that picture of you with those granddaughters grown up is shocking. I'm trying to lean into the isolation of it all here. Someday I'll probably long for it again.