How We Define Ourselves

The Irish blessing begins: "May the road rise up to meet you."
And that's exactly what happened to me yesterday during a run as I tripped and fell, landing on my hands, one knee and then thudding onto my side. I lay on the hard-packed dirt and gravel road for a few minutes assessing the damage. 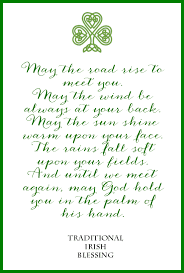 At least I didn't land on my nose and break it. I've done that before.
And it's been 12 years, so maybe I should count my blessings that I had a nearly 7-year streak of not falling.
But the fall injured more than my outside. 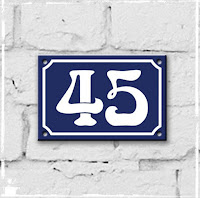 I had just determined that I was going to conquer these hills we are living on for 45 more days.
I'd been sluggish, walking a lot as I climbed the two miles up, then increasing my speed as I went down.
So yesterday morning, I forced myself to run farther before I stopped. I took a flatish detour past a flock of sheep then headed back toward the uphill. I felt confident, unstoppable even, before a rock jutting out of the road caught the toe of my shoe.
In slow motion, I stumbled, my hands outreached. I could stay upright, I could keep going, but a few steps in I fell.
And it's hard to fail at something you consider yourself good at.
I've been running seriously for about 18 years now. 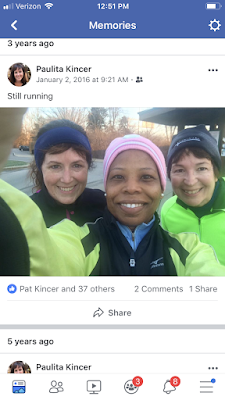 I trained for a marathon and tore my ACL. Nevertheless, I trained the following year and actually ran the marathon. I tout the benefits of running and often claim I use it as an antidepressant.
Yet, a submerged rock reached out to tweak me.
In the past, I have bemoaned that my two hobbies -- writing and running are best done first thing in the morning and I couldn't decide which to devote myself to. Now I haven't written seriously for 18 months, since we moved to France, and suddenly my running is off too.
Who am I if I'm not a writer or a runner?
I told my friend Janine that I felt like the scarecrow from The Wizard of Oz with the straw being stuffed back into me, trying to restore me to what I was before.
I had the luxury of sitting on the road a few minutes, gravel embedded in my palms and a little blood on my knee, because the road is seldom used. A fall is different when you're middle aged than when you're young.
The distance isn't farther, but the thud feels harder.
And as I stood in the shower later, trying to take in deep breaths but feeling a pain under my ribs, I played with the idea of a collapsed lung or broken ribs. But by this morning, I decided the ribs were just bruised and I would be okay.
I didn't run this morning. Instead, after I taught for four hours, Earl and I went on a hike in a nearby state park. A few times, I placed my hands across my right ribs, feeling for that tender place where I had landed.
Maybe the fear is what makes the fall worse as we age.
But I can't let fear or inertia keep me down.
Tomorrow, I'll be back on those hills, forcing myself to run a little farther before I stop and walk to catch my breath. And maybe I'll even schedule some time to sit in front of my computer to put down words that tell a story, a story about two women on a trail in France.
I'm a runner.
I'm a writer.
So I'll end with another song, this one by Frank Sinatra who sang:
Now nothing's impossible, I've found for when my chin is on the ground,
"I pick myself up, dust myself off, and start all over again."

Email ThisBlogThis!Share to TwitterShare to FacebookShare to Pinterest
Labels: defining yourself, falls, irish blessings, middle age, running, who we are, writing

Hi Paulita. Quite a story.. Very happy to read, that all seemed OK after your fall. Very lucky you didn't break anything, especially your wrists. So I hope your ribs are doing OK. You are such a strong determined lady, nothing is going to stop you. Definitely not Fear.. Take care. Anne

Loved his story. Intimately relate. I still have a feeling of caution since my last serious 'trip while running'. Although tripping since, with less consequences has helped. Of course you always have a unique perspective that I truly enjoy and treasure.

I so get this. It's a lot harder to recover and regain confidence after something physical smashes you for a bit. I know you will, but it will take time. Be gentle with yourself. And so glad there was no break.