Today, I had one of those days where I wonder if I had too many children. Not really, but I received two frantic phone calls from my kids.
First was Grace. 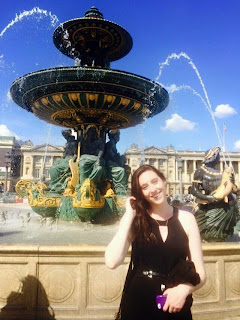 She's on a European adventure, and for the most part, she's on her own. She headed to Aix en Provence today to stay with my lovely friend Delana. Grace took the TGV (the very fast train) from Paris to Aix. She wrangled her big black suitcase from the Paris hotel to the train station then hoisted it up the steps. She had three hours or so until the train got into Aix en Provence. Then she would take a bus to the city and Delana would meet her there.
Apparently, Grace fell into a very deep slumber, something like Sleeping Beauty but without the brambles growing up around her.
When she awoke, she wasn't being kissed by a prince, but she realized that the train was pulling out of a station. Thinking she had missed her stop in Aix en Provence, she asked the people around her.
She had, in fact, missed her stop in Aix en Provence and had continued to sleep while the train stopped in Marseille and left there too!
I didn't think the train went any farther than Marseille, which, as you may know, is nestled right into the corner of the Mediterranean Sea. But apparently it kept going, as she realized when she woke up.
The TGV is not one of those trains that stops frequently. I've been on the TGV when it left Paris and didn't stop until Aix, or Avignon at the earliest.
For all I knew, the next stop could be Spain or Italy.
As we talked by cell phone, spending $1 per minute to ponder the possibilities, Delana called to see if she was on the bus.
So we hung up and I tried to take a nap.
Unlike my daughter who falls into a deep sleep easily, I've been up since 2 a.m. I taught class at 8 a.m. and have to teach again at 6 p.m., so I thought a nap was a necessity for me. But I lay in bed wondering what had happened to Grace. I kept incessantly checking Facebook, where I had posted her dilemma. Helpful friends in the U.K. and France were giving me tips or offering suggestions (Thanks, Anne and Corey!) Anne called the rail office to see where the train went. Corey, who lives in Provence, offered to pick her up in Aix or Marseille or Avignon.
Realizing I couldn't possible sleep, I called her back on that expensive cell line to see what had happened.
She had just exited the train at Toulon. The train people gave her a note that allowed her to return to Aix en Provence, where, she should be right about now. Fingers crossed.
As I gave  up napping, I sat with a book on the couch and my phone rang. Spencer is in Athens. Not that Athens, the one in Ohio. He has his first apartment which he moved into a few weeks ago. 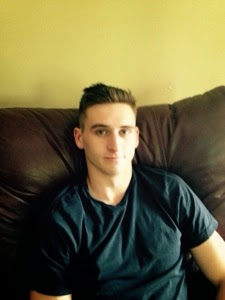 He set up the electricity for the apartment before he moved in, and it was all working when we moved his furniture in. Apparently, though, he didn't bother opening the letters from the electric company which told him to pay a deposit.
So last week, just after he got internet set up in his apartment, the lights went off.
The electricity was turned off, which meant, he had no internet, no stove, no hot water, and no way to charge his cell phone, which also serves as his alarm clock.
It's been a bit of a challenge, but when he came home Saturday, I helped him set up his online account and make a payment to the electric company. We hoped he'd get electricity back today.
When he phoned, I figured he would tell me the power was back on.
Instead, he said, "The carbon monoxide detector is going off."
"What? Are you sure it isn't the smoke alarm?" I asked.
"It says carbon monoxide detector right on it," he replied.
Since it is plugged in, I thought maybe the electricity had come back on, but it hadn't.
We told Spencer to go outside and to call the maintenance guy to come right away.
He didn't call or text to update me, but when I texted him, he said it just needed a new battery rather than having actual carbon monoxide in his place.
Earl was home for lunch and we both looked at each other. What would come next?
Tucker just took our cat home with him the other day. Would he call to say the cat was lost?
We're ready for anything, and still wondering if we had too many kids.
at May 27, 2015

Yikes! What a day in the life ... but your sense of humor is amazing. Ha!

So much drama:) Is your hair grey yet mom?

Ha! Thanks for sharing in my grief and my laughter, Diane and Just Me.

Oh my, that is too much drama for any momma.

Wow what a day & quite the adventure Grace is having....hope she is all squared away now!

I have been there. Not with the same issues, but drama just the same. It will get better, at least somewhat better.....

You have the right amount of kids...it is whatever you can handle you get!
I love seeing Grace's adventures and reading about them as well. Hope you are doing well!!!