I have to admit that I've been slacking big time at advertising my novels for the last year or so.
In an effort to get them out there, I had some photos made that incorporate the book cover into pictures, along with a blurb of a review. 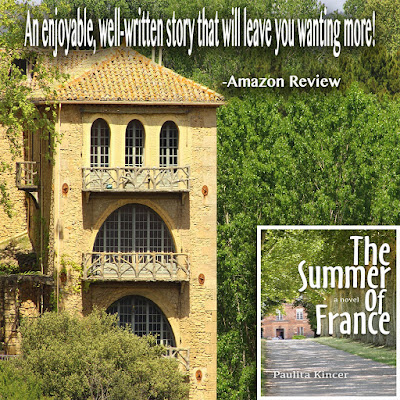 I love the way he found a picture that use the same colors and foliage.
The Summer of France is about (surprise) a woman who runs away from her life in Ohio to run her Uncle's B&B in Aix en Provence. Could a crackly phone call from France save Fia Randolph’s jobless and family troubles? That’s what she hopes when her Uncle Martin asks Fia, her husband, and teenage twins to move to Provence and take over his bed and breakfast. She pictures long picturesque walks carrying crusty baguettes and bonding with the kids. But Fia didn’t bargain on being pulled into Uncle Martin’s World War II secret that wrenches her family further apart.
The Summer of France is available on Amazon or Amazon.uk 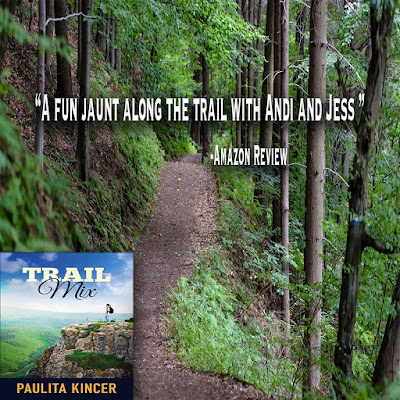 This picture definitely feels like a dive down a forest trail, this one is my only novel set in the United States, so far.
How does a woman know what she wants after spending 20 years thinking about her husband and children? Sometimes it takes an escape from everyday life, time to examine the forest before the trees become clear. Friends Jess and Andi figure life hiking the Appalachian trail can't possibly be worse than dealing with disgruntled husbands, sullen teens home from college, and a general malaise that has crept up in their daily lives.
Trail Mix is available on Amazon and Amazon UK 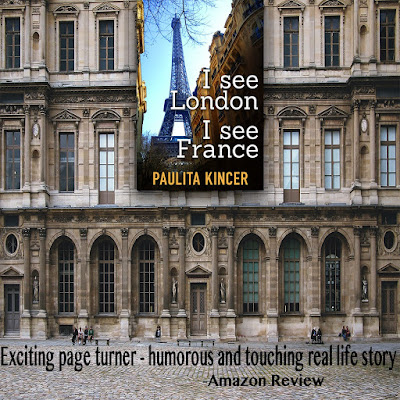 This photo might be my favorite, the way the book cover is slotted along the top of the building, like a glimpse of the Eiffel Tower between different sides of the building.
I See London I See France is about another woman running away. When her husband of a dozen years walks out in a huff, Caroline Randolph walks out too – to Europe, with her kids after impulsively selling her minivan for travel money. Tired of being the perfect wife, she escapes to rediscover herself, and possibly rekindle the unrequited love of a Frenchman from her college days.  While shepherding her kids from London to Scotland then Paris to Provence, she finds herself at a crossroads. Does she choose love, or lust, in the arms of a European man, or should she try again with the father of her children and the man she truly loved, once?
It's available on Amazon and Amazon UK 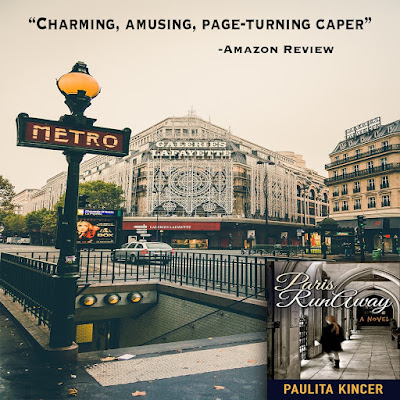 And, of course, my latest novel set in Paris needs a picture from Paris. I love the Metro sign in the foreground.
When divorced mom Sadie Ford realizes her 17-year-old daughter Scarlett has run away to Paris, all she can imagine are terrorist bombings and sex slaves. After learning her daughter chased a French exchange student home, Sadie hops on the next plane in pursuit. She joins forces with the boy’s father, Auguste, and the two attempt to find the missing teens. The chase takes Sadie and Auguste to the seedier side of Marseille, where their own connection is ignited. Since the divorce, Sadie has devoted herself to raising kids and putting her dreams on hold, but when her daughter needs her most, Sadie finds that concrete barrier to life beginning to crack. In her journey, she learns the difference between watching the hours pass and living.
Paris Runaway is available on Amazon and Amazon UK

If you haven't read my novels, I'd appreciate the support. Just click and download to your Kindle.
And if you don't have a Kindle, they're free to download on your computer or your phone. I love reading on my phone because if I wake up in the middle of the night and can't sleep, I don't have to turn a light on, I just pick up my phone and get lost in a story (with the screen on black and the print white to reduce ambient light).
at August 26, 2018

Love the pictures selected for each novel Paulita.

Just Me, Thanks. Tucker actually did them. I thought he should put his graphics degree to work for me.