Wednesday morning, as I ran through the dark streets, I felt like I hit my stride again after a couple of weeks without running.
I didn't run while I was in France. Of course, we walked a lot. But we ate more.
In spite of that, when we returned from vacation, my weight hadn't changed at all. I didn't gain a pound eating those delicious, rich meals in France.
After a week at home though and some minimal running, my weight had climbed up two pounds.
I blame the muffins.
On Saturday, I found a recipe for blueberry yogurt muffins, like the kind they now serve at Starbucks. They were so delicious. I want to give you the recipe, like the person who is addicted to something and wants others to enjoy their pleasure/pain, but I urge you not to bake and eat these muffins.
The recipe is on Taste of Home website.
The recipe calls for vanilla yogurt, but I just used plain Greek yogurt, and they were plenty sweet. I also doubled the recipe to bake 12 rather than six. That might have been my downfall, but there were four of us home this weekend and I didn't think that six would be enough.
So, I ate three muffins...
Then on Sunday, I decided to make my children real Croque Monsieur sandwiches, like the kind I ate in France one day for lunch. 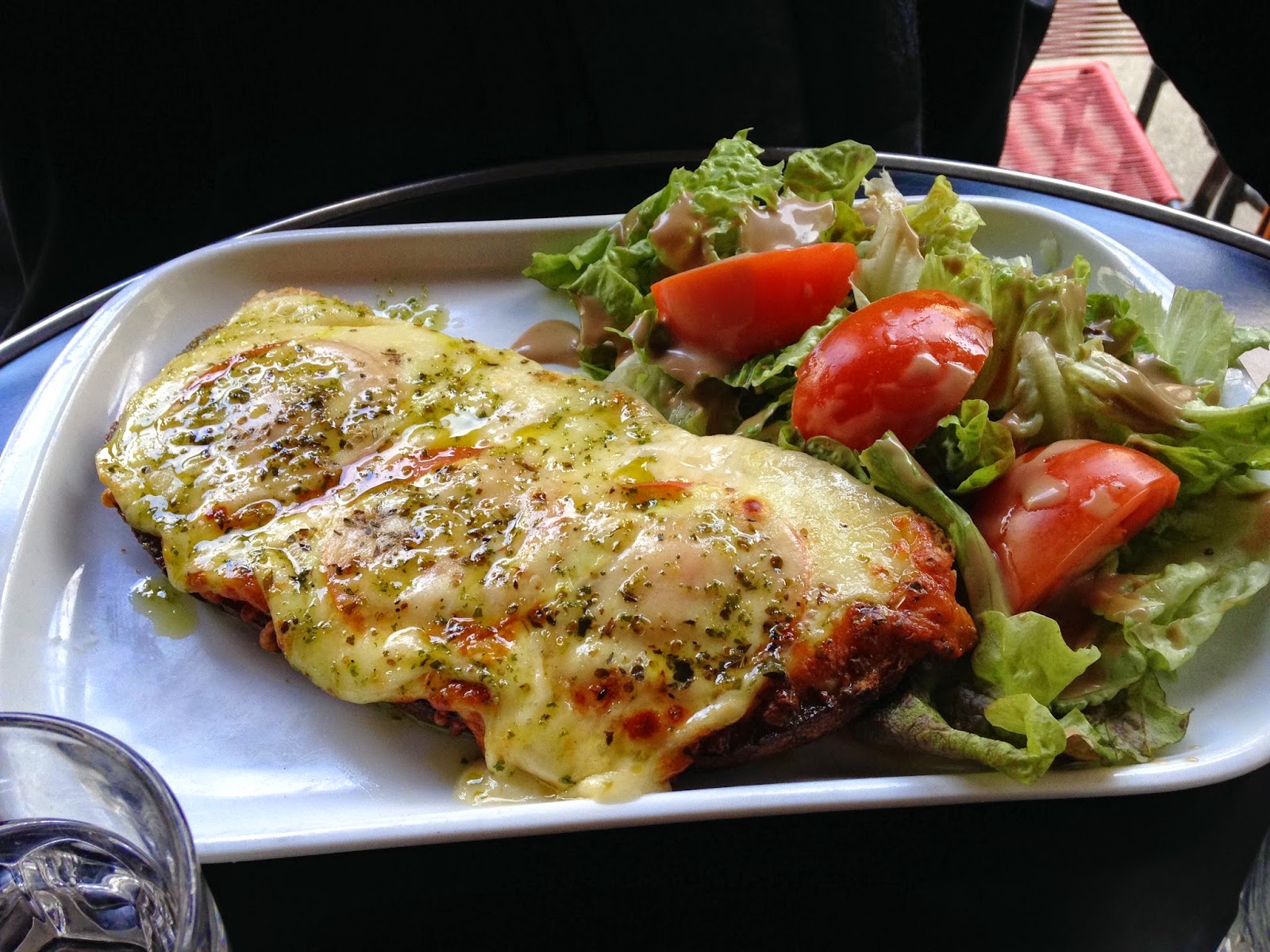 I thought it was just a glorified ham and cheese sandwich. Little did I realize that the recipe called for a bechamel sauce along with the ham and cheese. Those turned out quite well too.
And after a week of enjoying cafe creme or cafe au lait, as it is called in different areas of France, when I returned home I eased my way back into mochas.
So all of these things added up to a 2-pound weight gain and I want to avoid the slippery slope.
That's why Wednesday morning when rolled out of bed, later than I planned, I knew I needed to get back to running longer distances.
And I did. I ran five miles, faster than my winter runs, and I felt pretty phenomenal afterward. I hope that I can continue running long distances and indulge in some fabulous food without overdoing it.
I'll let you know how it goes.

You just made me very hungry:) I've made blueberry muffins using one small vanilla Greek yogurt and they were yummy.

Congrats on getting back into your habit of running. Sometimes it is hard after you haven't done it for awhile.