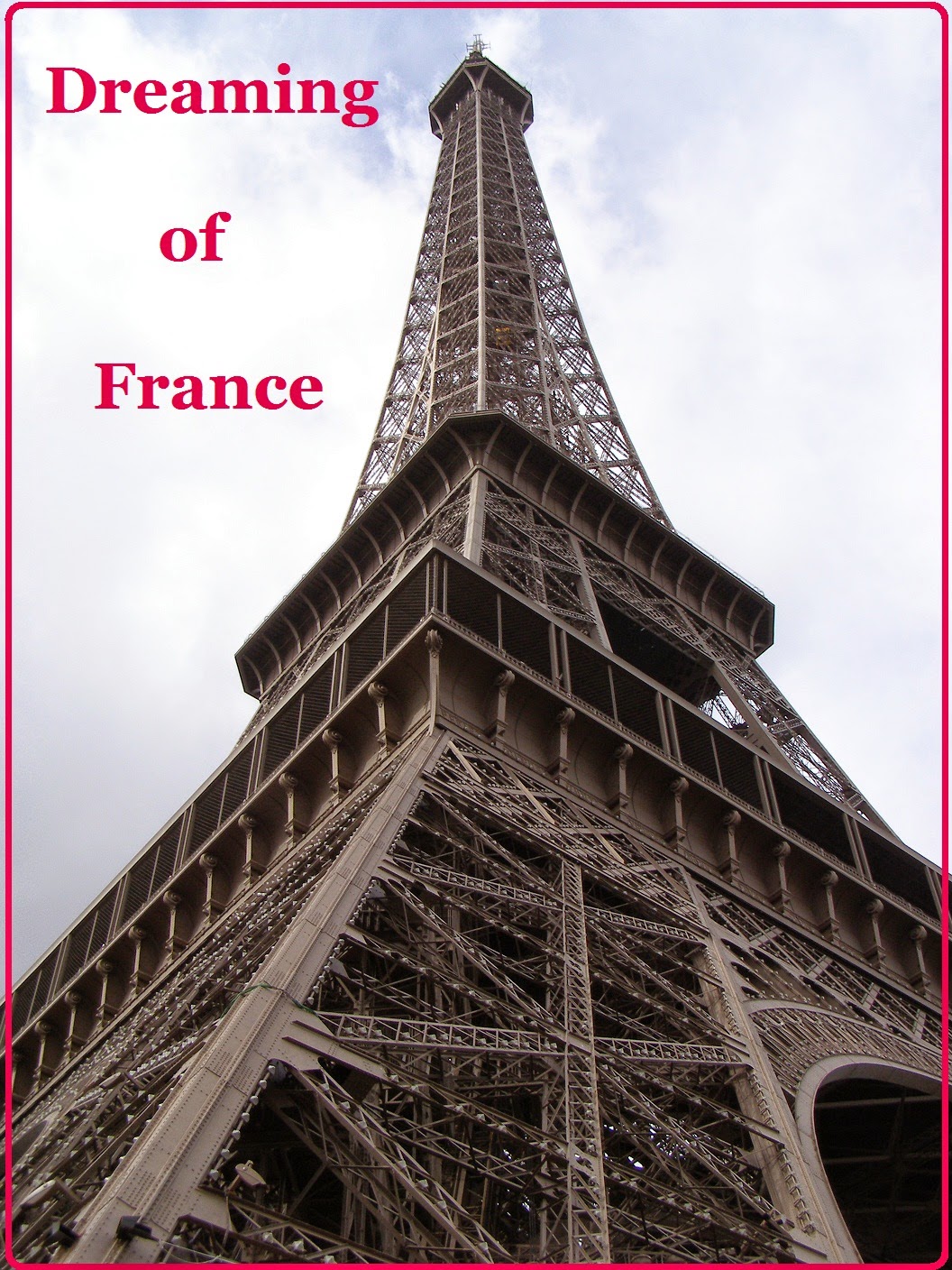 This time while we are in Paris, Earl and I are trying a new hotel, one on Rue Mouffetarde, which is a street with a famous market. We generally stay in the same hotel in Paris, but this time we booked a hotel with our airfare, which made it much less expensive.
The side streets along Rue Mouffetarde have some inspiring restaurants. 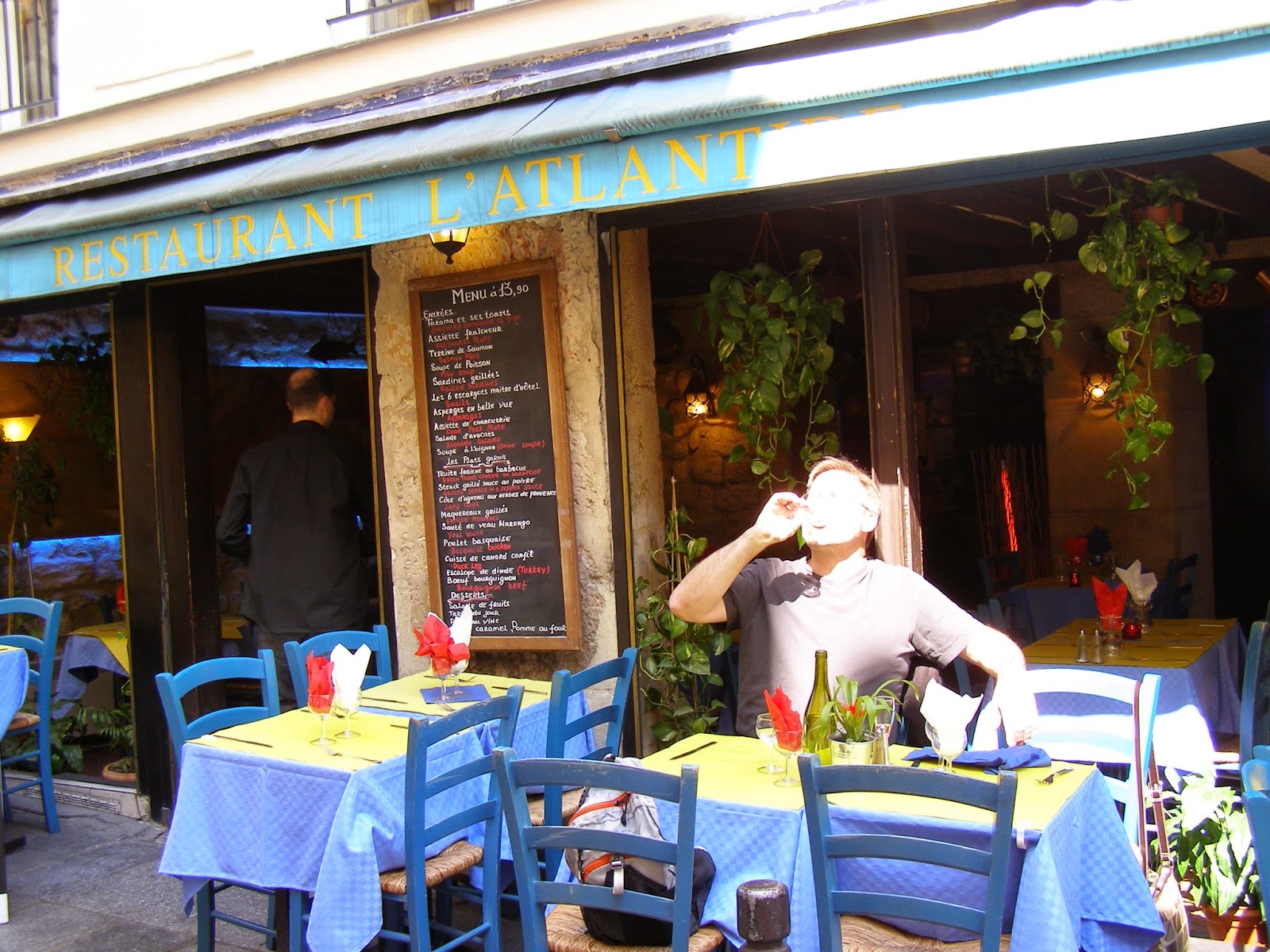 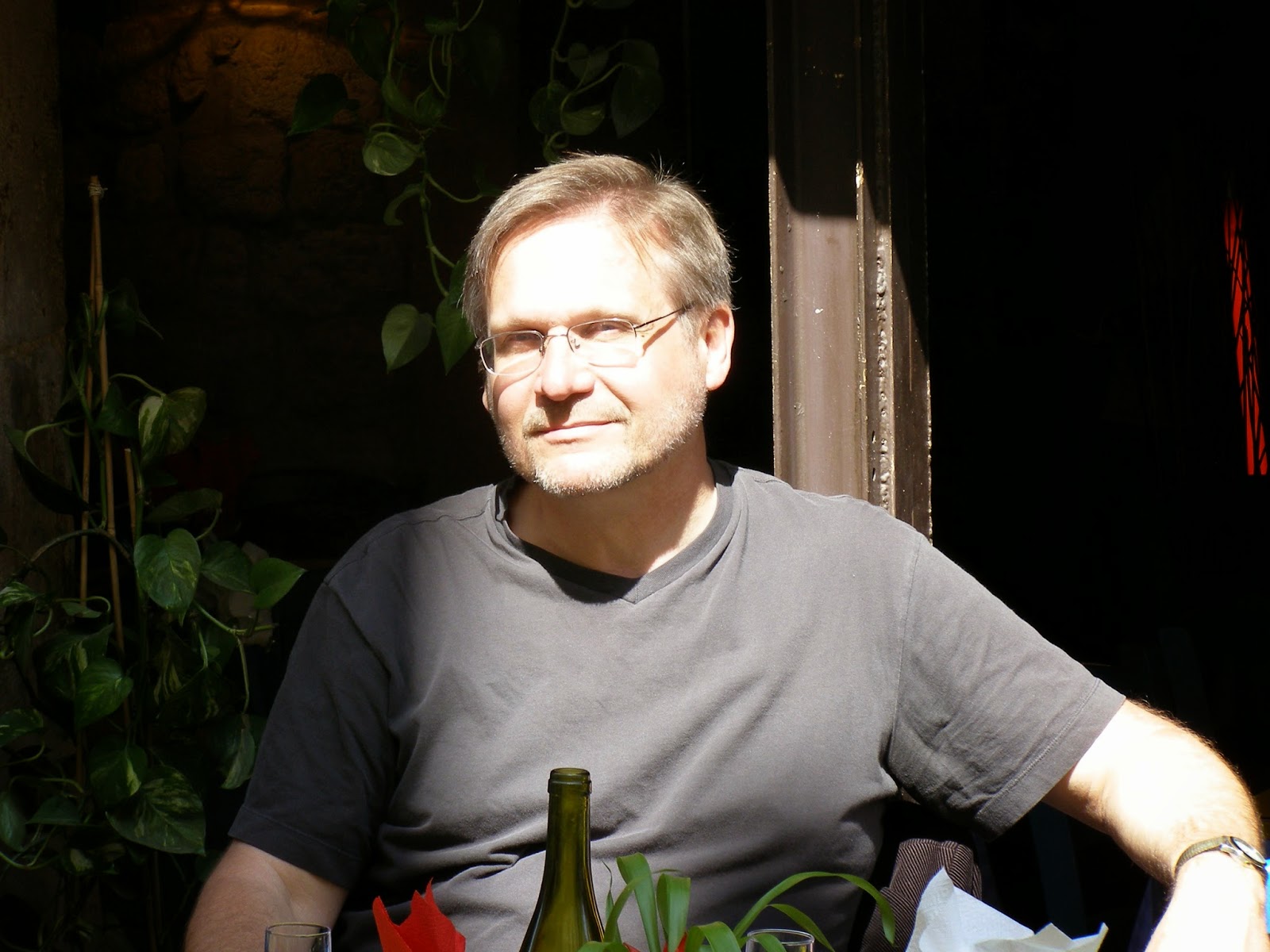 Here's another picture at the same restaurant where you can see Earl's face. 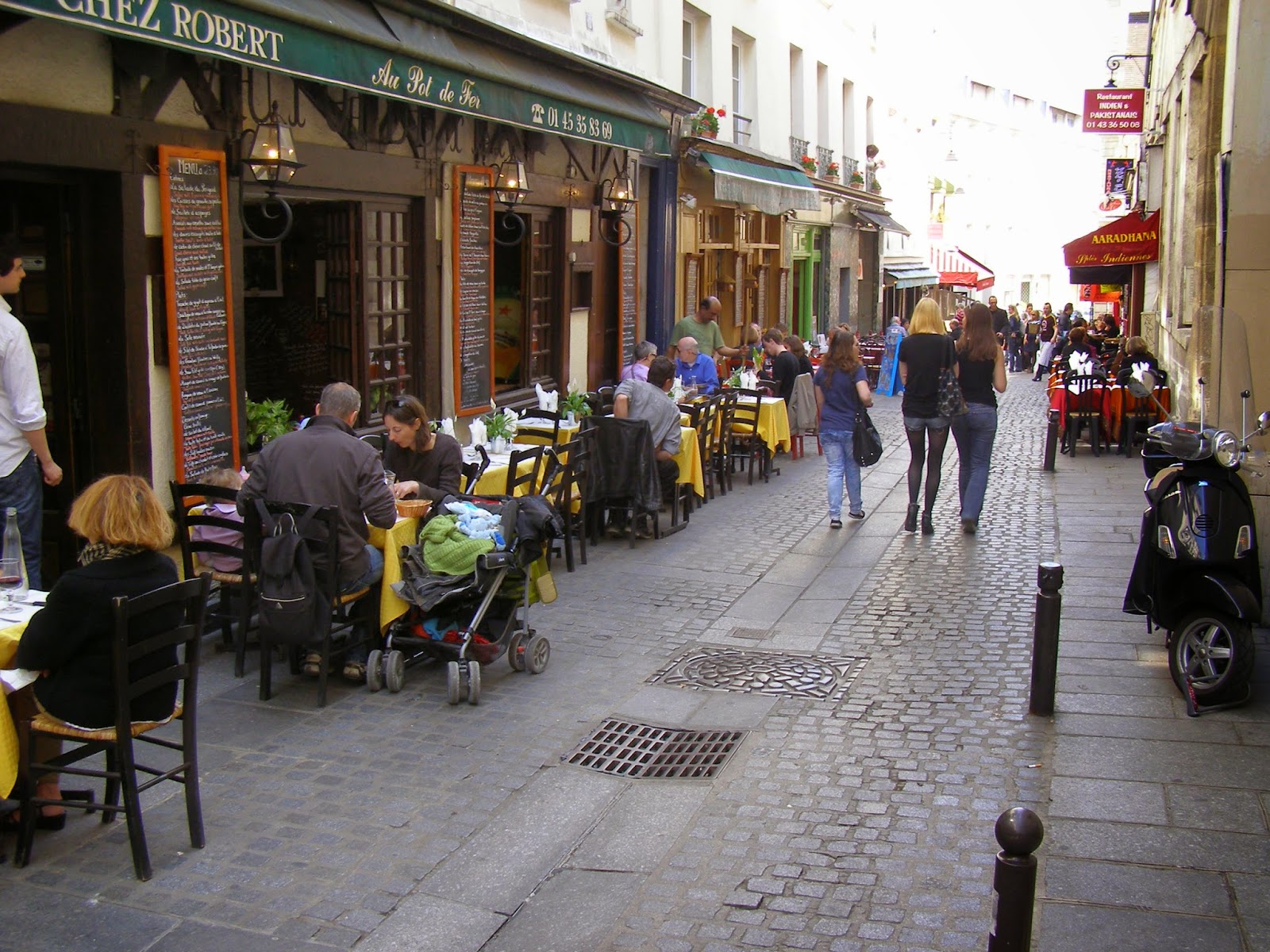 And here's a shot down the lane of the row of restaurants. I think we returned to the same one a few times. We aren't nearly as picky as our French friends who stop and examine the menu and debate whether the menu is for the right season.
Still, it's always fun to let A French person choose the restaurant, and we can sit back to enjoy the ambiance.
Thanks for playing along with Dreaming of France. Please visit each other's blogs and leave comments. I look forward to seeing what you are posting so I can dream about France with you.

great place. so funny you made it rhyme with moutarde, but they say one of its oldest forms could have been mostard, so we are definitely close, lol

Rue Mouffetard is such a fun road to explore. I love it when the market is in full force.

You know I think after 4 visits to Paris I don't think I've ever made it to rue Mouffetard! It does look lovely. Still so many things to do. Renting a flat is often cheaper (and more convenient) than hotels.

I've heard that's the most delightful street! Thanks for the wonderful photos!

That looks awesome, I hope you're having a fantastic trip; I love the hand painted chairs. My contribution to this week's Dreaming of France is the French trailer for Le Septiéme Fils, The Seventh Son starring Jeff Bridges and Julianne Moore.
http://goo.gl/3M3xwc

I love the Rue Mouffetarde...such a great area of Paris...we had a French friend who had a lovely little apartment there. It was tiny but utterly charming.

I am afraid even though I tried to post the correct link....my last weeks link showed up. I think this has happened to me before. I could not figure out how to fix it. I am hoping you will perhaps have better luck from your end. Thanks, Paulita!

It's one of my favourite shopping streets. My dil used to lived on it. You won't run out of places to eat, that's for sure.

I am sure you and Earl are having a great time . Love this street, so much to see.

I am not a fan of being lured into a restaurant , but do agree , the more people there , the more will join.

Have a super time, xo