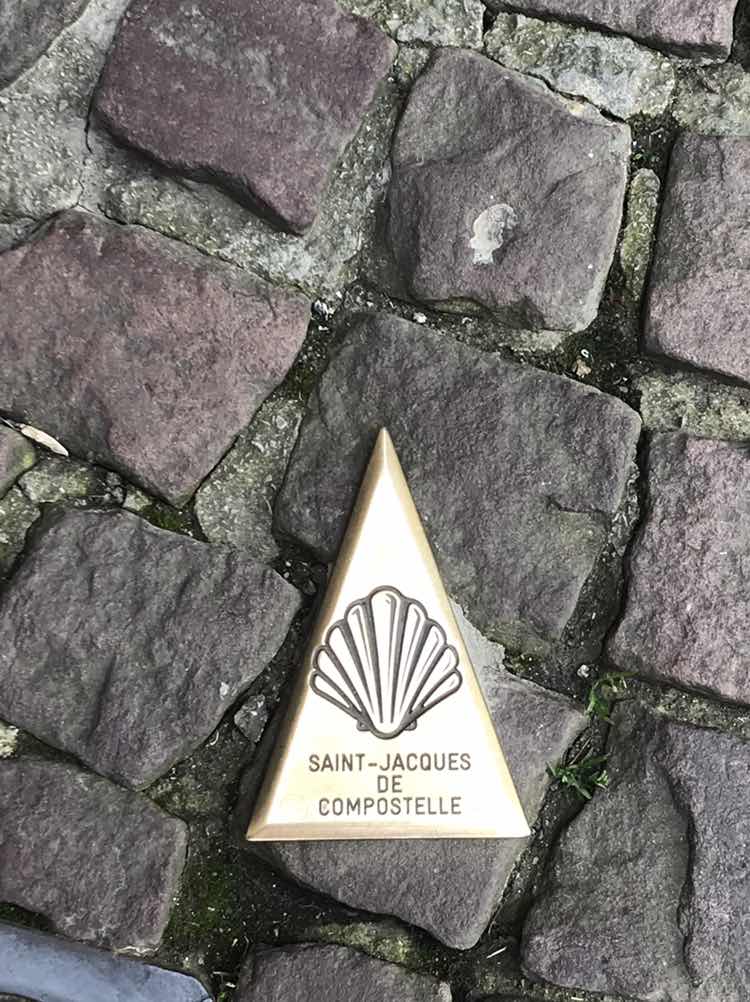 Yesterday we drove about four hours from our region in France to St Jean Pied de Port, one of the most frequent places for hikers or pilgrims to begin El Camino de Santiago. This is a pilgrimage to the church in Santiago along the Atlantic. But there are many paths across France and other places in Europe that lead here. 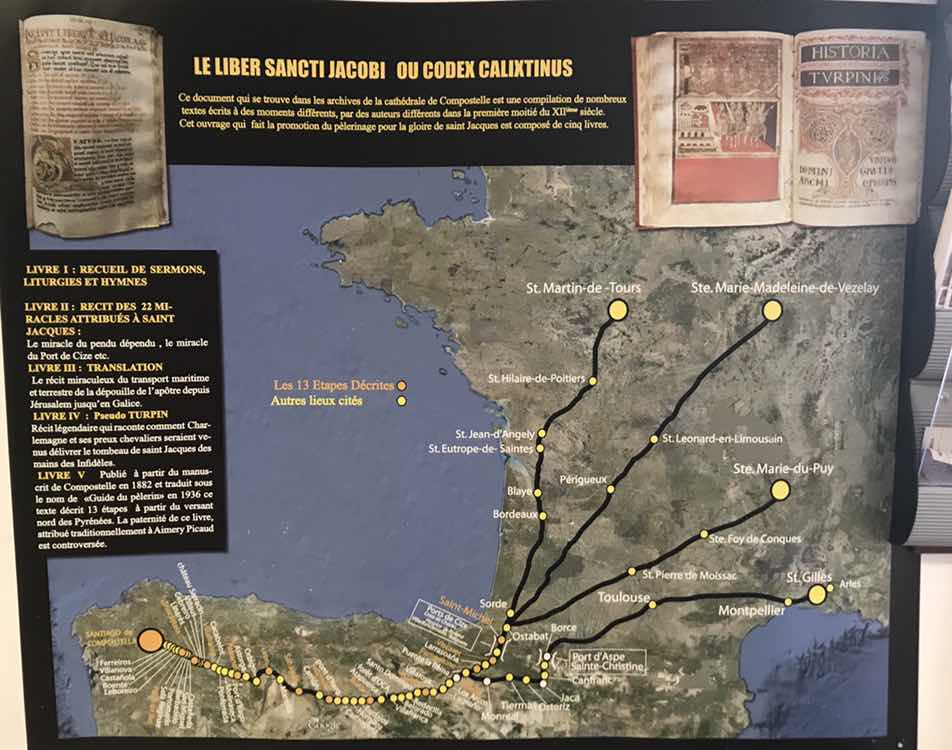 Last year we hiked part of the Way in France.
If you’re unfamiliar with it, there’s a great movie starring Martin Sheen called The Way. As a matter of fact, it starts right in this town.
The entire hike from here is about 500 miles or 800 km. We’re only hiking for a week, about 100 miles.
It was great to meet up with Linda and Maurice so we can hike and enjoy each other’s friendship. 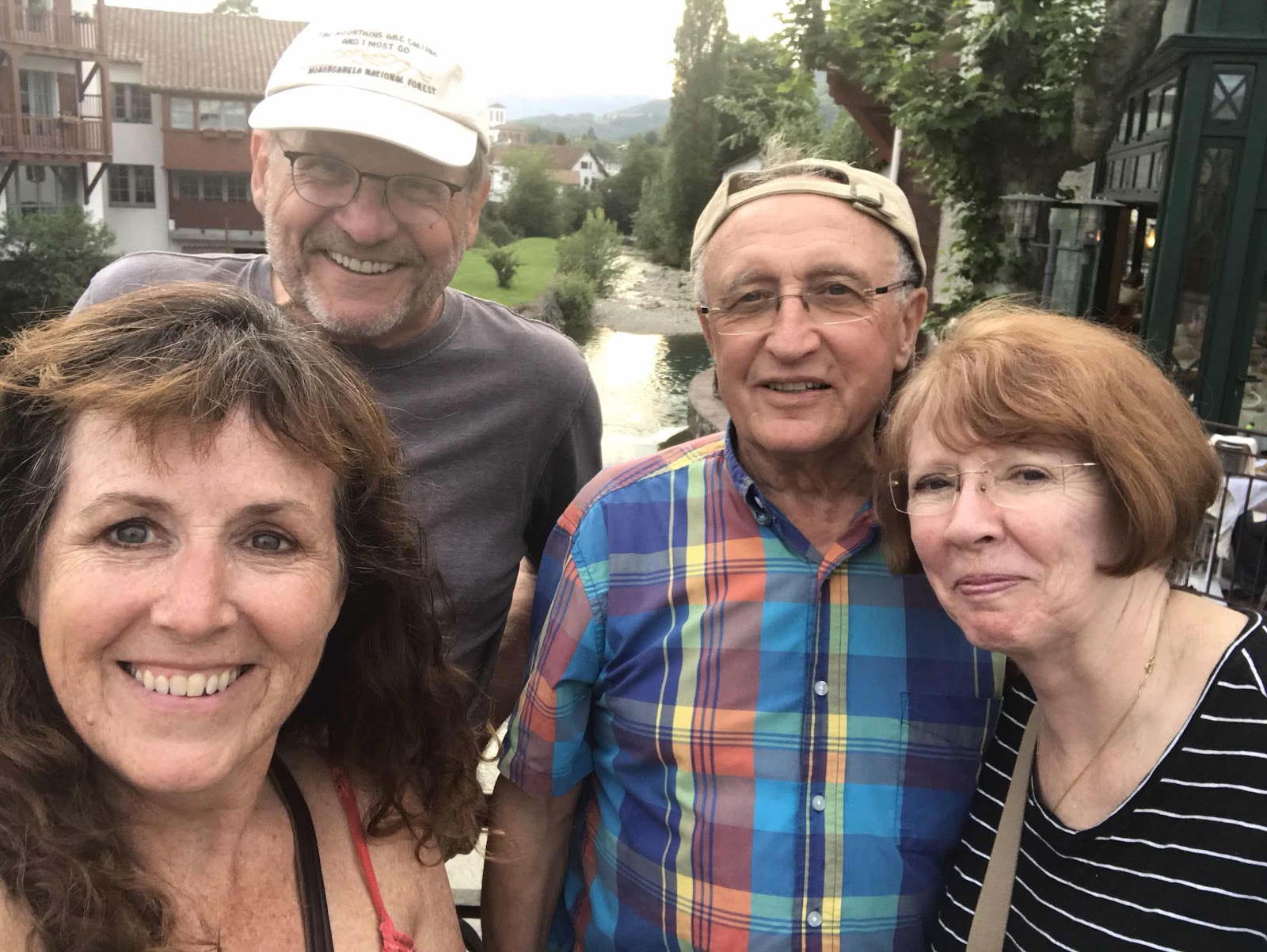 Maurice does all the planning of hotels and hiking paths. It’s like being on a tour. We just show up. So nice.

Last night we walked around town a bit. This is a medieval village, but only because the nearby town of the same name was razed by Richard the Lionhearted in 1177 and they had to rebuild in the Middle Ages. So strange to think I’m in a place with that history. 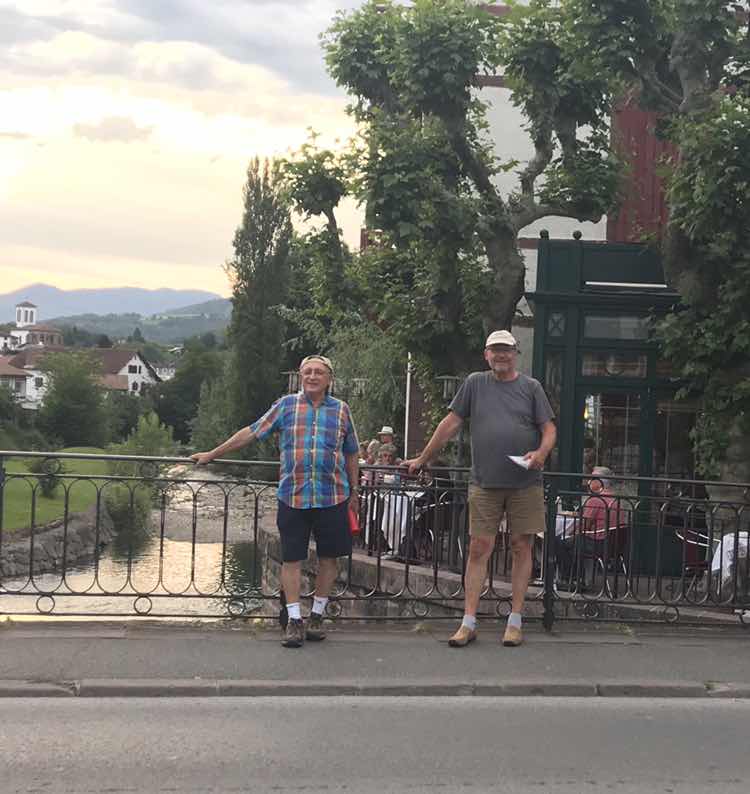 Earl and Maurice ready for their hike 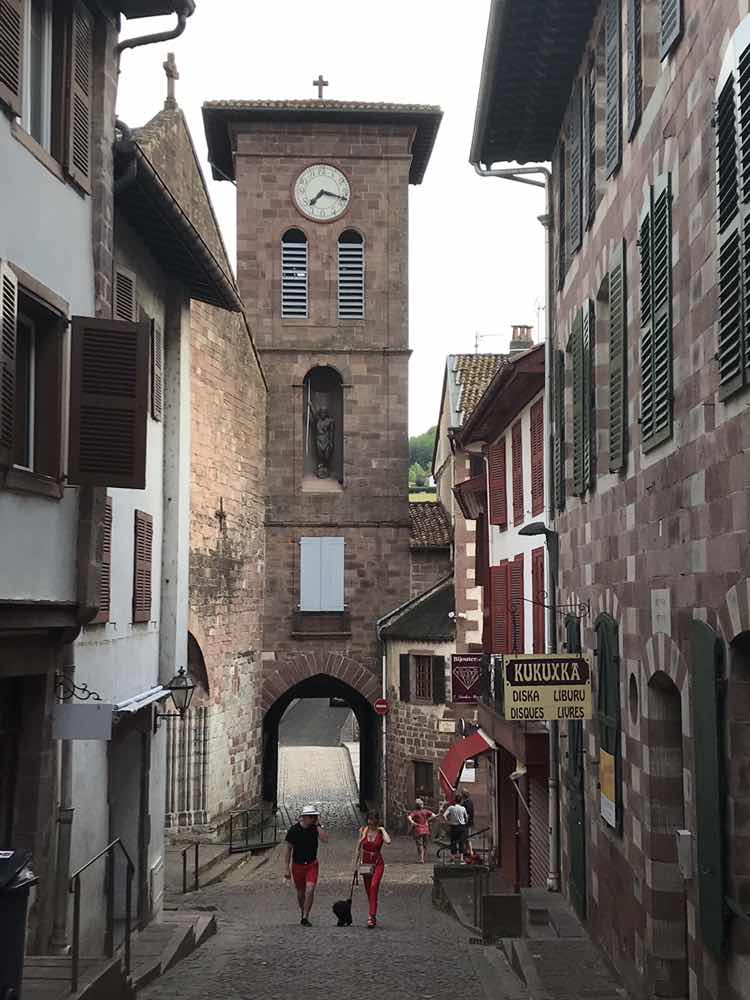 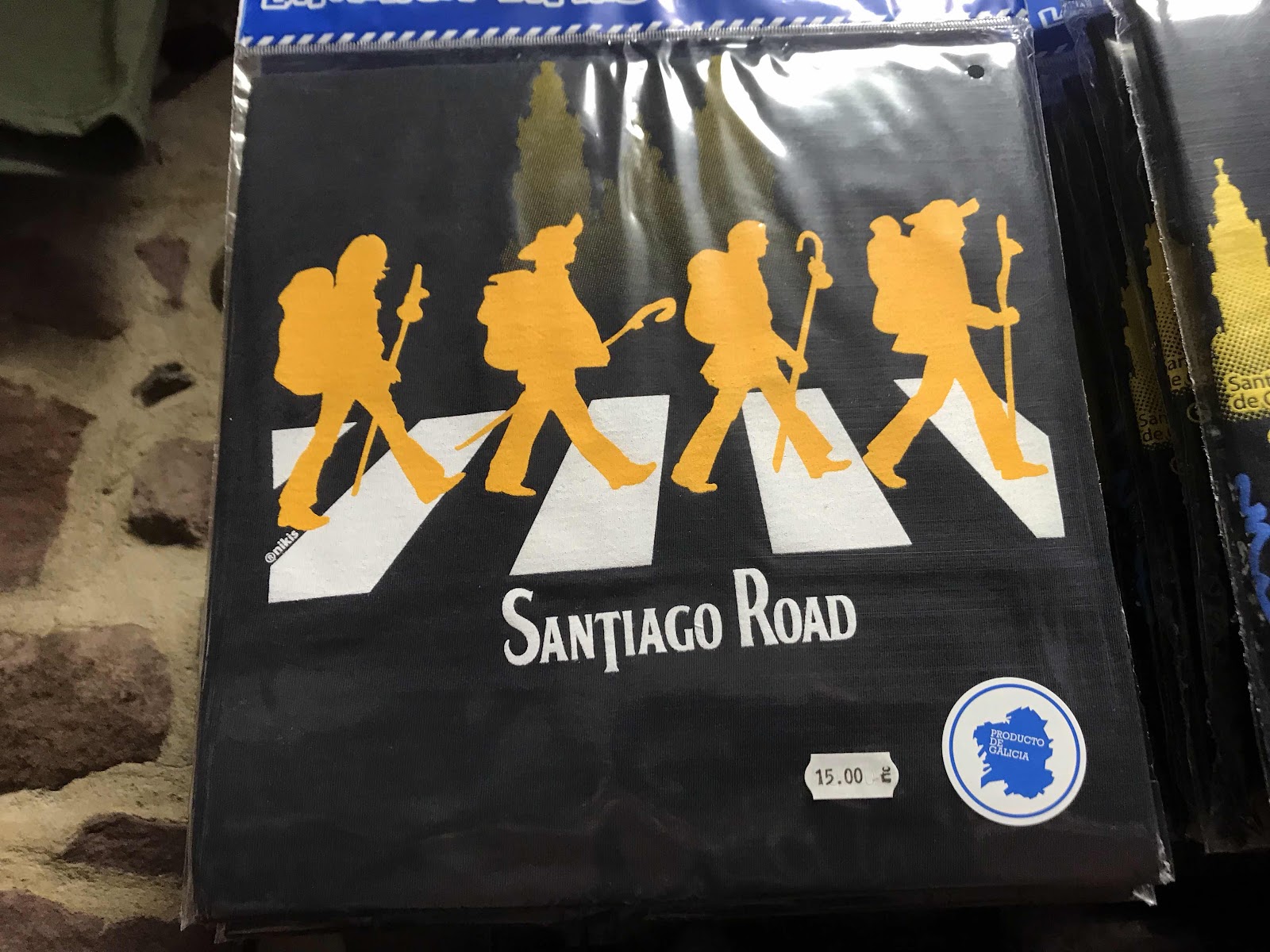 This T-shirt made me laugh. Obviously a take off of the Beatles Abbey Road, but as pilgrims on the trail
Wish us luck. Or as they say here Bonne Camino.
at June 03, 2019

What an exciting adventure Paulita! May the weather gods be on your side : )

Sure hope you get good weather. It is a gorgeous part of France.