Yesterday morning, I laced up my hiking boots and hit the trail with my husband and our French friend Maurice. Maurice is the husband of my blogging friend Linda who writes at Frenchless in France.

We met with them in Paris in January, and luckily, Maurice invited us to accompany them on this hike along the pilgrimage route of  St. Jacques-de-Compostelle. This is a path that runs through France before joining El Camino de Santiago, the famous Spanish route known as "The Way" that leads to the ocean and the place where St. Jacques (James the Apostle) is said to be buried.
During our travels, I learned that this is considered the third most important pilgrimage to Christians, behind Jerusalem and Rome.
The hike may still be a pilgrimage to many people, but mostly the route is filled with hikers now who enjoy the rolling hills and cows they pass by before getting to the steeper regions in the Pyrenees.
The scenery and the villages have been breathtaking.
Unlike in the U.S., and in my book Trail Mix about hiking the Appalachian Trail, the pilgrims here hike from inn to inn, or gîtes to gîtes as they are called here in France. This is much easier than carrying all your belonging on your back and camping each night, going without a shower for days and digging a hole to use the bathroom. 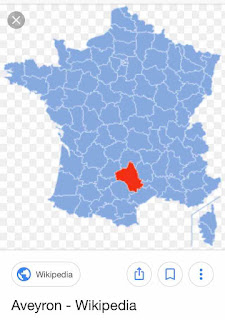 Linda had planned to be the driver and I said I might hike some. But the first day as we reached the lovely gîtes in Aumont-Aubrac, rain was forecast. I decided to skip the wet walk and to ride along playing tourist with Linda.
Most of our hike takes place in Aveyron, France
and we have traveled from one beautiful village to the next. 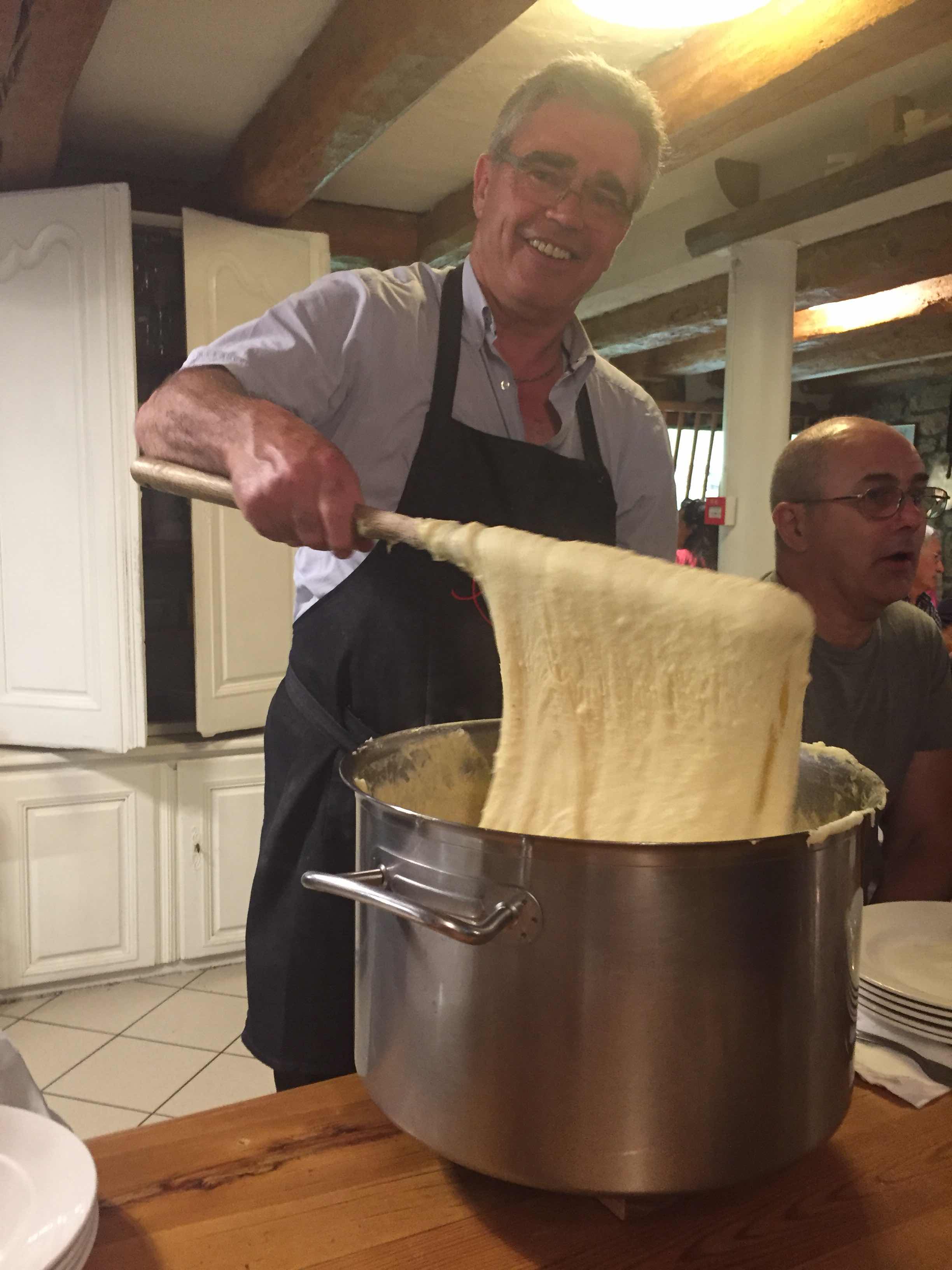 Our first stop was at a gîtes in Aumont-Aubrac where we shared a meal with fellow travelers. The chef/owner of the gîtes showed off the "aligot" which is mashed potatoes mixed with so much cheese, garlic and creme fraiche. Yum.
Mostly, Linda and I have focused on food and churches.

We find churches built anywhere from the 11th to the 18th century and we explore. She lights a candle for a Euro or so.
The second day, I decided not to go hiking because the path would be muddy from so much rain. Instead, I went for a six-mile run and saw some beautiful scenery as the sun rose. I also saw a lot of cows and they stared at me like I was crazy.
The countryside reminds me of a Jane Austen novel.

The third day rain was predicted again so I skipped the hike to explore Espalion, a beautiful city wher unfortunately so ancient buildings were torn down as recently as 1968.


Finally, as the fourth day dawned, I had no excuse not to walk in the beautiful sunshine.
This church in St. Chely d'Aubrac had glorious reflections of stained glass windows.
I'd love to share more, but we must check out of the hotel and I'll be without WiFi again. I've written two other posts that have disappeared because of my insufficient WiFi. Just know that I'm taking photos and planning to take you all along on another hike soon.
What history, what beauty. Wish you were all along on the journey.

One of the walks goes very close to us here in the west. One day Ade and I want to cycle it from here to the Pyrenees.

Mesmerizing! We will look forward to many more photos of this area - not well known by most Americans. Glad you are having better weather there now.

Beauty beyond words. A pilgrimage indeed.

You are in beautiful territory. The aligot sounds delicious and that photo of the stained glass reflections is a treasure. Christmas card, perhaps?