Reunited in September and Exploring Spain --2018

In August, Earl flew back to the States to help the kids cut through some red tape. He was returning through Paris, and our friends had agreed to lend us their car for the fall months.  There was a gap of just a few hours between their departure and his arrival, so I went to meet him to bridge the gap.
I had a day to spend in Paris while I waited for Earl to arrive. Not since my days as an au pair (22) had I spent a day alone roaming through the City of Lights. What a luxury!
Luckily, I learned that an art exhibit, similar to the one I loved in Provence, was taking place not too far from where I was staying, so I went.
The exhibit, Les Ateliers des Lumieres in the 11th arrondisement at 38 rue Saint Maur 75 011 Paris,
had gotten a lot of publicity and I'd heard the lines were long, but my timing was superb so I waltzed right in. You can read my post and see more pictures here. It was amazing. 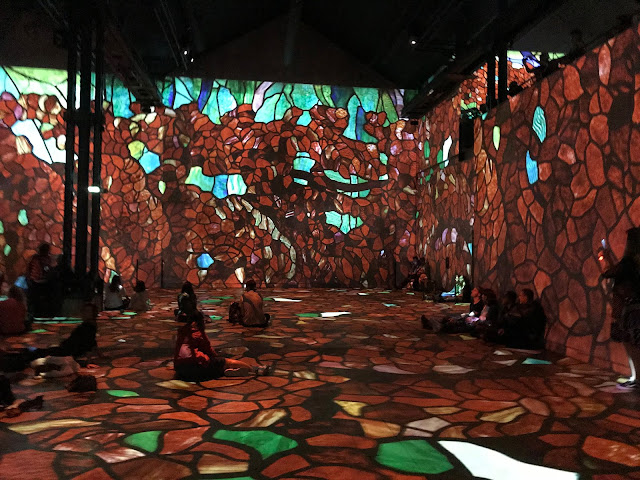 Although Earl could have easily made his way from the airport, I met him there. It was the longest we have ever been apart in our 28 years of marriage.
The next morning, before we drove back to Quillan, we explored the famous cemetery, Cimetière du Père Lachaise. We had a map with famous gravesites and tried to visit many of them.
In all our visits to Paris, we had never been. 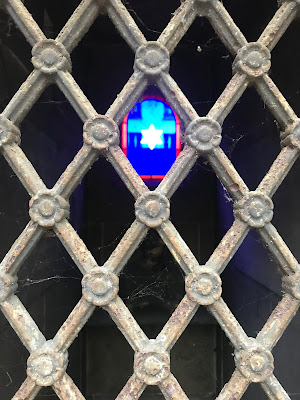 It was a good September morning to wander around the cemetery visiting the graves of Marcel Marceau, Oscar Wilde and Jim Morrison.
So now we had a car in Quillan after our drive back from Paris. We would no longer be reliant on friends and public transportation.
But my most common form of transportation was still running. I loved this picture of the clouds hanging low over Quillan during a sunrise. 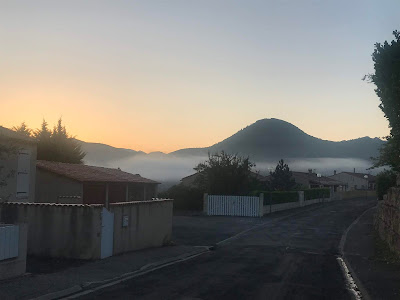 We had a progressive dinner one night, us four American couples in Quillan. Jules (whose idea is was) got sick and couldn't participate. We missed her wit.
On another day, our British friend Lou convinced Jules and me to go to a silver clay class.

Silver clay becomes silver once it is fired, with the clay burning off. I'm not very crafty, but I enjoyed making a little bauble and then giving it to Grace for Christmas. 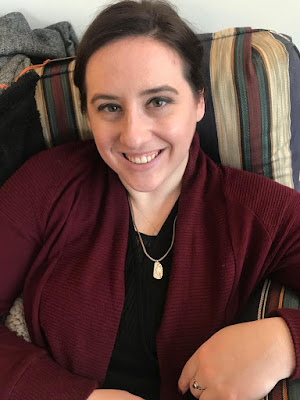 The rest of September was full of more runs with sunrises, explosions of colors for sunsets, and dinners with friends.

In late September, Earl and I made our first foray into Spain. We headed to Sax to housesit for a very independent cat.
The house and the cat were great. The saltwater pool was even better. I was a bit freaked out by the barbed wire around the top of the fence, but the view was terrific. 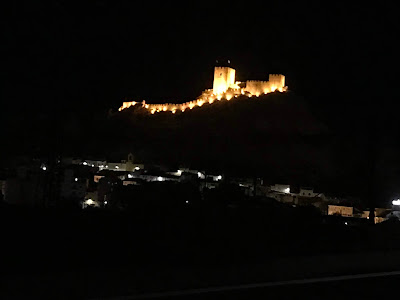 And we also loved the beach on the Mediterranean at Alicante. 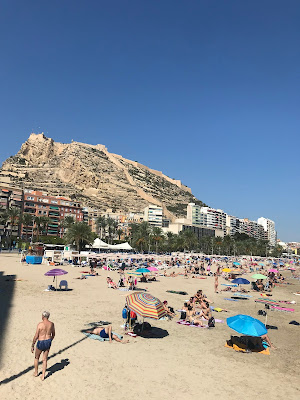 Much of what we saw in Spain was lovely, but I didn't second guess my decision to move to France. For one thing, I had a hard time waiting for dinner at 10.
But the coffee was delicious, and I loved that cafes served food even when we only ordered a drink. 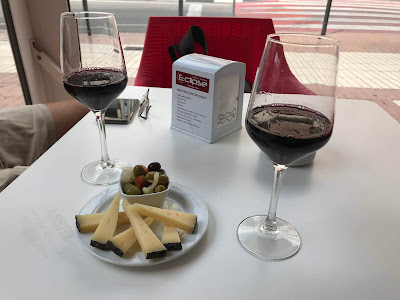 The markets were just as charming as in France, but I didn't know the language.
We returned home from Spain, comfortable switching back to French.
at January 17, 2019