There's always so much to write about, but I find myself zoning out once I finally sit down in the evenings, rather than writing a blog.
My friend Najah came to visit a week ago. We met her in Paris and took the train down to Aix en Provence where we're staying until May although she leaves this week. We've had lots of adventures. 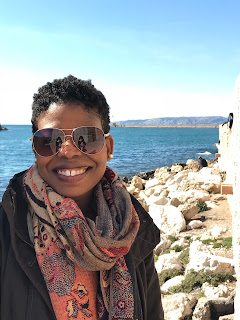 A trip to Marseille on Friday almost ended in a few international incidents as I stood up for us as women being ignored in a Tunisian shop and then again as I demanded why a waiter had asked Najah if she was eating at the restaurant when she went in to look for the bathroom and he hadn't asked me, a white woman.
The result was the waiter grabbing me, his fingers closing around my wrist like a handcuff, and pulling me into the restaurant to meet one of the black chefs. "This is my brother!" he proclaimed before making a gesture I had never seen before as he used his fingers to slash across his chest where his heart would be and said I had broken his heart.
I felt bad if I had falsely reproached him, but when I went to sit down, Earl and Najah asked me what he had said when I accused him of being racist. "He introduced me to his black friend," I said. And then it hit me. That's what people always do when you accuse them of being racist, tell you they have black friends.
We spent the rest of the day without fighting with any French people. The sun shone on the sparkling Mediterranean. Najah and I walked arm in arm while Earl traipsed ahead. At one point as Najah and I laughed, heads together, a young man called out to us.
"Mesdames," he said, "vous êtes belles."
And it's true, our joy made us beautiful.
We laughed as we turned back toward the ancient buildings and the sea. 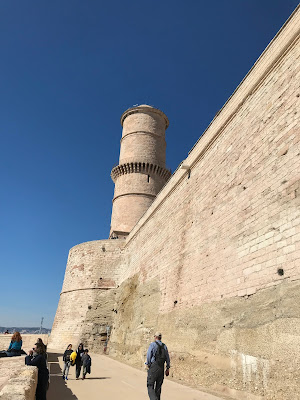 On Saturday, we spent the morning at the market in Aix, returned home to make lunch and then headed to the March For Our Lives. We were surprised and overjoyed to know there would be a local march.
"I just hope there are more than 10 people or so," I muttered as Earl, Najah and I walked to the meeting point. I hated to be the center of attention, yet that is exactly where Najah and I ended up.

Somehow, when we posed with the 100 or so people for a group photo, we were at the far right side, until the organizer said everyone should turn to the right for the picture and, voila, we were at the front. When the march started, we tried to hang back, but somehow ended up leading the chants. I remembered a few from previous marches, like the Women's March, and the protests when the state government tried to take away the rights of unions, but I had not prepared enough for this. 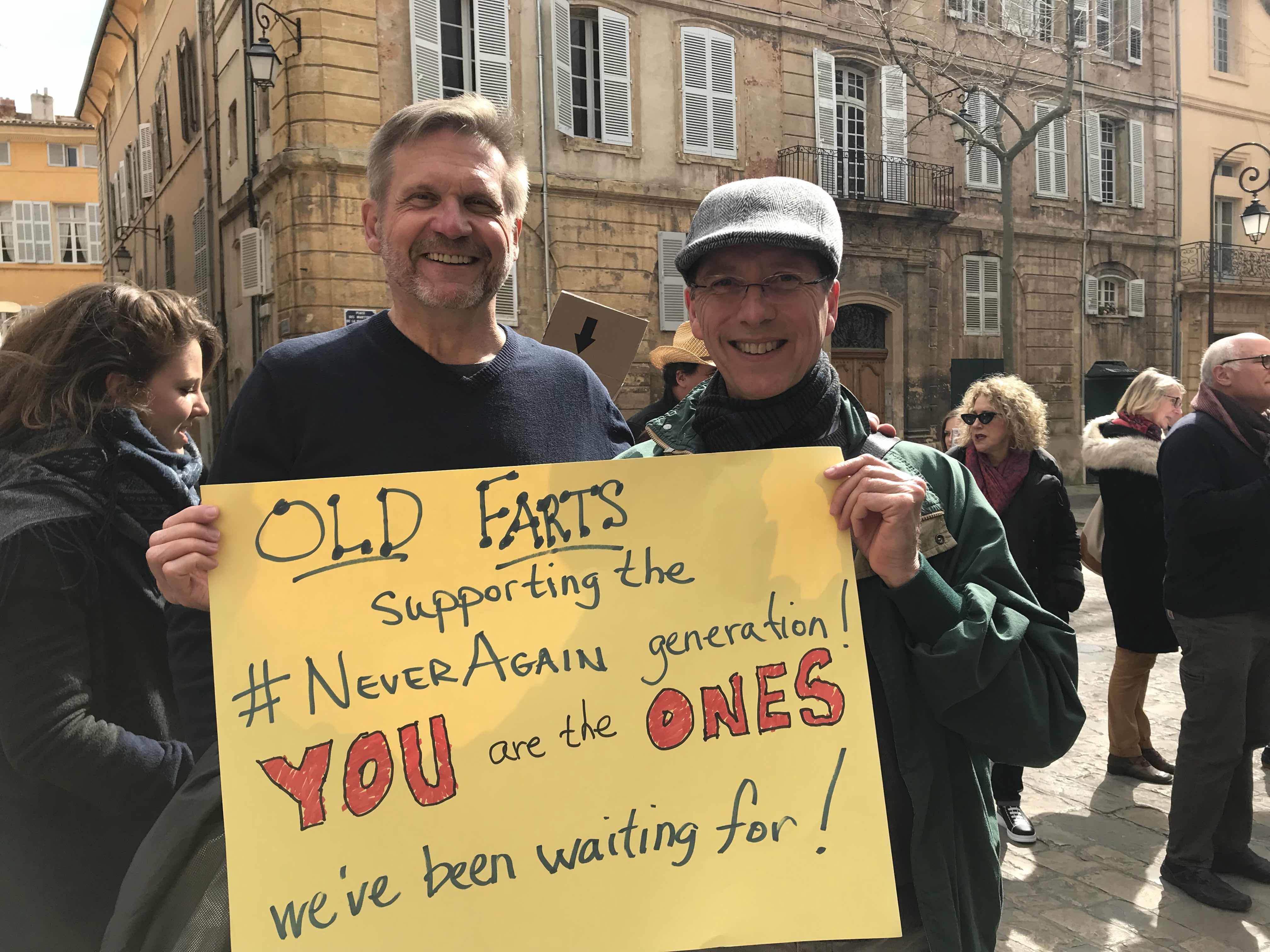 "Tell me what democracy looks like?" I'd call and the group would respond, "This is what democracy looks like."
Of course, a French woman who had lived in the U.S. for 20 years explained that a legal march should have two police officers at the front and one at the back. We had none. Was it a wise idea to march past the Hotel de Ville? Earl still didn't have his next visa.
But we continued and even led the chants as we marched back toward the plaza, before deciding we'd peel off from the group and go for a glass of wine.

As we sat in the square, I took this artsy photo of Najah's glasses reflecting the buildings along Cours Mirabeau. 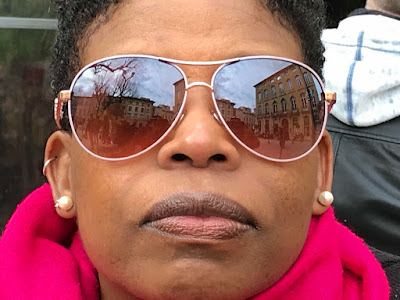 Earl went in search of a baguette and wine for our dinner, but Najah and I stayed at the table long enough to see a young woman set up her bubble stand, using long sticks to create magical circles that captured rainbows and floated down the old street amongst the peeling bark of the plane trees. Just another day in Aix en Provence. 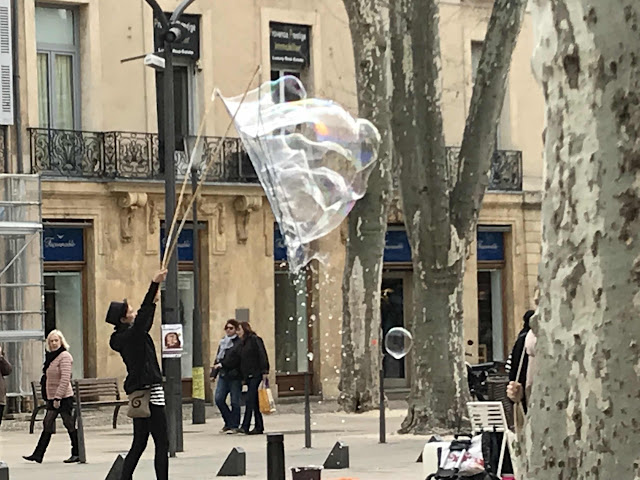 Fantastic tales of friction & joy. Way to go for leading that protest march, and so nice to know that a small French city is listening.

Always a fun adventure when you two get together . Loved this post.