Today is the day we leave for France.
After years of dreaming about making the move, it's actually happening, which seems surreal. I can still picture my dreamboard dotted with pictures of the French countryside or quaint French houses with shutters in bright colors.
So after years of dreaming, what will our life look like in France?
I don't know. I've only had vacations in France, except for the three month period when I worked as an au pair.
What do I imagine life in France will be like? 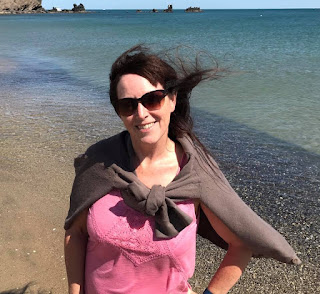 First, we'll never have to set the alarm again. We'll wake up in the morning when we wake up. I don't see myself lying in bed until 10, but I probably won't pry myself out of bed at 5:30 so I can run before an early class.
There should be a lot less TV. I hope we don't even buy a TV but instead occasionally watch shows on the computer. Since we aren't going out to work then returning home tired, I hope that we don't need to reduce stress in front of the television. Instead, our evenings should be filled with good books, long dinners, laughter with friends. 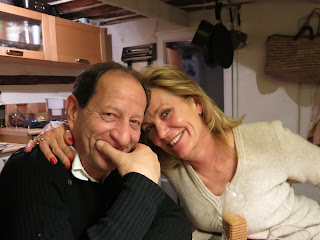 Hikes and long bike rides at least once a week will help fill up our calendars. I've needed to branch out from running anyway. I'd love to buy a paddleboard and practice that in the Mediterranean.
The market -- remember that the market is one of the things that we've carefully calibrated in our decision about where to move. So two or three days a week, my morning will include a trip to the market where I can buy local fruits and vegetables, cheese, or paella stirred slowly in a giant metal pan or maybe a rotisserie chicken slowly dripping its juice onto the fries below. 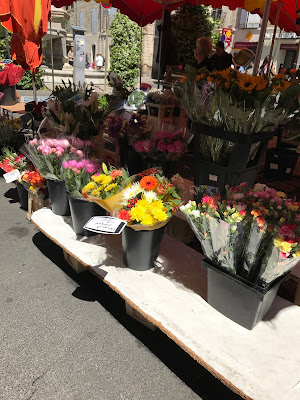 History -- yes, our home in Ohio had some historical sights, like the Indian burial ground in the shape of a serpent, or the homes of former presidents, but in France, the historical opportunities trip over themselves like so many lemmings headed toward a cliff. French history, Roman history, Cathar history, Huguenot history. Just standing on stones worn smooth by thousands of footprints can awe me. I look forward to learning more about the history and visiting some place new every week.
Culture -- In France, we're more likely to spring for tickets to listen to a concert in a stone church with candles flickering along the wall. Or maybe we'll go to a play or opera where we aren't quite certain what the words mean. Perhaps, we'll slip into an art gallery and admire the smooth strokes of artists from centuries ago.
Learning French -- I used to be fairly fluent at French when I lived in France for three months. I'm hoping the language will return to me as I'm immersed.
Writing -- I hope to have some increased time for writing. I have one new book finished and another halfway done. I'd like to finish both of those and get them out to the public. And I hope my new life provides more inspiration or those books, allowing me to take readers to places they haven’t been, to mine emotions they might have put away.

And yes, I do plan to have a croissant for breakfast each morning, one that my husband will buy on his daily trip to the boulangerie. After all, he’s retired and needs to learn French somewhere.
I’m not totally blind to the hardships that are coming our way. Living in a country with a different language is going to be challenging. Tackling bureaucracy, taxes, buying a house all in a different language is daunting. Earl and I may make each other crazy with too much togetherness (that’s when I send him out for another croissant). 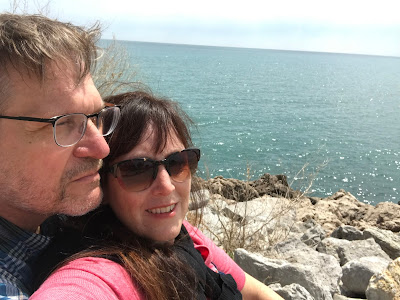 Making new friends is hard as adults, too, so that challenge lies ahead. All of the hurdles in front of us should help keep us thinking and acting rather than slowly fading away.
Guess we’ll know soon whether my fantasy of French life lives up to the reality.
at January 03, 2018

The only good thing about TV is the window to French culture. Not the U.S. shows that are dubbed into French (though at first I watched them, with French subtitles for the hearing impaired turned on, and it helped my vocabulary a lot), but also the news, who is famous and why, the slightly different sense of humor....
It isn't adieu but au revoir.
Bon voyage!!!!!

You will have so much to write about! I'm remembering when we moved from one part of our state to another with our two cats. They were used to being inside-outside kitties but my husband really didn't want to let them outside at our new place. At soon as he was off to work I opened the door for them and away they went to explore. Then they would come back an hour or so later - meow meow meow - telling me all about what they saw and found and then turn around and go back out again! I was sure they couldn't make it up to the little deck on the second floor where I could have seen them to let them in and out - they were fast to learn how to climb the poles anyway! So I left the downstairs open just a little so they could come and go. That stopped the morning my husband was awakened by some little noise and looked down the bed to see a mouse on his feet. There will be ups and downs for you I am sure so plenty to tell us about. I am so looking forward to your adventures!

Bon voyage, mon ami. Is that right? And bonne chance? I don't know -- probably mutilated that but I wish you all the best in your next life journey. I will look forward to each and every word you write about your new life -- the good (lots), the bad (hopefully not much) and the ugly (hopefully none at all!). I have no doubts that you will not be bored in France -- your list is extensive and I'm sure there are things you've not even thought of. And we'll want to hear it all!

Congratulations to you both! Be good to each other and take it easy the first few weeks as you get over your jet lag. Many wonders await!

I have been following you for a while and am happy to see that your finally are in France. I hope you will enjoy your stay there, have a wonderful time and appreciate a different life. Looking forward hearing what it is like. Good Luck!

Congratulations - I am new to your blog and can't wait to read of all your experiences in France. :)